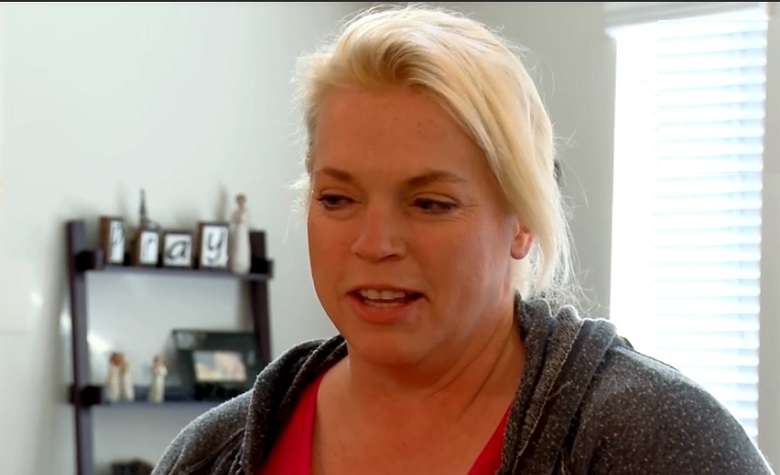 Janelle Brown hasn’t posted any of the negative aspects of being a Sister Wives spouse like some of her partners in marriage seem to do lately. She’s not planting cryptic messages filled with gloom.

Janelle is certainly not posting anything to get her other sister wives jealous like another wife appeared to do. It seems over this past year that this shared marriage has left three out of the four wives unhappy.

When life gives you lemons, you make lemonade. But in Janelle Brown’s case, it looks like it’s chamomile tea that this Sister Wives star tends to make these days. Or at least her followers suggested this after she posted a photo of a big bunch of chamomile, which is said to have soothing qualities.

Janelle seems to stick to the lighter side of life when posting things for her followers. She recently showed her fans the sippy cup for adults she got at a local coffee shop. Sister Wives followers seem to relate to Janelle and according to what she posted online today, she certainly relates to her fans.

I had a friend post this and had to share it – so true ! I’m sure many of you can relate 😀#dirttherapy #garden

She shared a photo that reminds her of what she looks like in the morning making sure her plants are okay outside. It’s still spring and temps dip at night so many people make that morning pilgrimage out to their garden. So, yes – many did relate to Janelle Brown’s post.

Janelle Makes Sure to Stop and Smell the Roses

The second wife to join the Sister Wives marriage often posts things that do nothing else than put a smile on your face. From watching Janelle Brown over the last decade on the show, you can assume that was probably her goal when sharing the posts – to make people smile.

Look closely at the photo below. Janelle came across this on a walk recently. At first fans thought Janelle was pointing out the tree. But no, out from behind that tree a blue heron pokes it’s neck out. Again, Janelle Brown offers a light-hearted post that catches your attention.

Happened upon a blue heron while walking. It’s amazing the things you will see when you get outside. #arizona #freshair #blueheron

You can usually count on Janelle Brown as the one Sister Wives member to put a smile on your face with her posts. Compared to her counterparts, Meri Brown, Christine Brown, and Robyn Brown, Janelle keeps it very light and upbeat online.

Sister Wives: Posts that Hint at Anger, Sadness, and Jealousy?

Meri Brown seems to spend her time online posting cryptic messages that carry a touch of sadness or gloom. For the last several months she’s found quotes to post online that deliver just that. Her followers from Sister Wives see Meri telling her story through these messages.

Christine Brown seems to be the Sister Wives spouse most in competition for Kody Brown’s time. When she had a date night with her shared husband last week she made sure everyone knew about it.

Christine dressed up in hot red spiked heels and bright red lipstick with tight jeans to show off that healthy figure. She then posted the photo online claiming she was ready for date night. But when she added “embrace sexy” that seemed like a bit of a dig toward the other three wives.

Then there’s Robyn Brown who very seldom posts online. It is almost as if she doesn’t care about the fans who made her famous.  But not Janelle, her posts are for the people who follow her on Sister Wives, as well as for her family and friends.