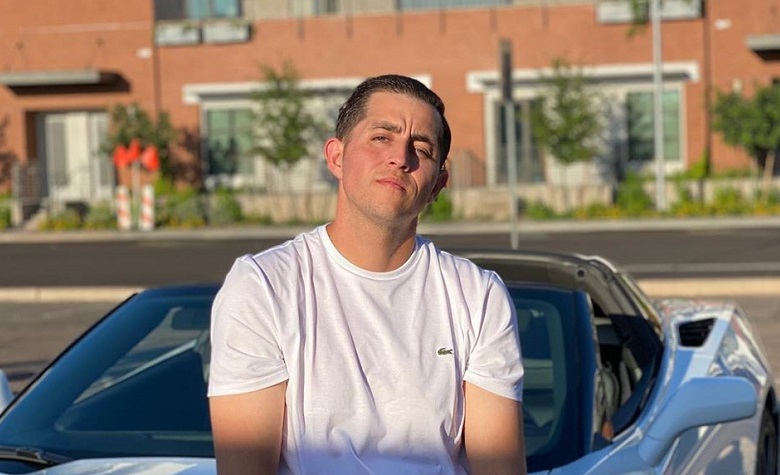 It looks like 90 Day Fiance star Jorge Nava is out of prison and swooning over his freedom with a new and safe love to lean on today – a sports car. It’s not known just whose car it is. But Jorge certainly appears to have a love affair with the camera while leaning on the cool ride. It also appears he didn’t waste any time getting out of that orange jumpsuit and into street clothes.

It appears Jorge Nava plays it safe in his first few days of freedom. The first thing you see is the 90 Day Fiance alum swoon over a sports car. His new Instagram page has only two posts so far with a few photos and one video.

One photo shows Jorge in the orange jumpsuit while still in prison. The other is the post below with nothing but blue sky all around him and a car that looks important to him.

The 90 Day Fiance celeb even mentions “the sky’s the limit” in his post. After almost two years behind bars, one can only imagine he would feel that way today.  He said nothing about his wife Anfisa Arkhipchenko since being released on Monday. But he did reveal a few months back that he plans to divorce her when released from prison. 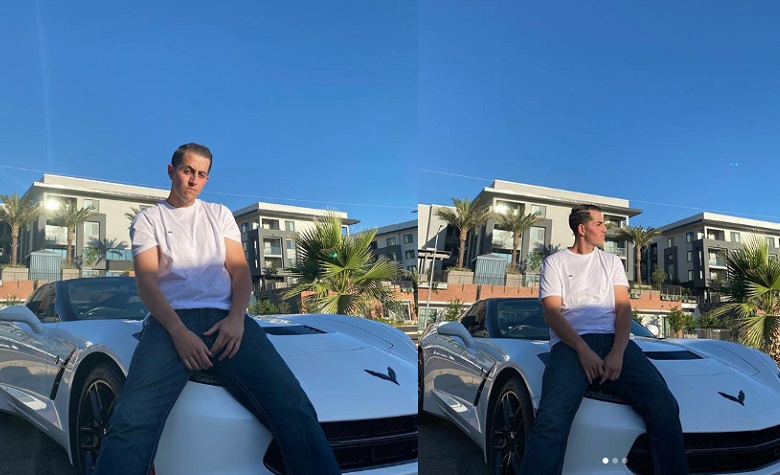 Since Jorge has only a little over a day under his belt of freedom, it might be too soon for him to think about that divorce. He’s probably too busy soaking in all the sights, sounds, and smells of a free man today.

Besides looking cool leaning up against that sports car, this 90 Day Fiance star offered a little bit more with a video on Instagram. He’s in the passenger seat of a car rapping as he’s going down the highway.

So, just what lyrics is the newly released man spouting forth in that rap song? He’rapping – “Honey I’m home.” Just who is honey and where is this home? Only time will tell if this is just random lyrics or if there’s someone behind his words.

It looks like that’s the first leg of his freedom journey after a couple of years in prison. So what does Jorge eat as his first meal when released from prison? It looks like filet mignon, mashed potatoes, and broccoli.

From the color of the juice coming out of that steak, it looks as if he likes his beef cooked rare to medium-rare. So, it appears from his Instagram video that this alum from 90 Day Fiance had a hearty first meal once released from prison.

The post is tagged the Bandera Restaurant in Scottsdale. Fans can only assume this is where he stopped on his way home Monday since Jorge offers very little details besides the photos. 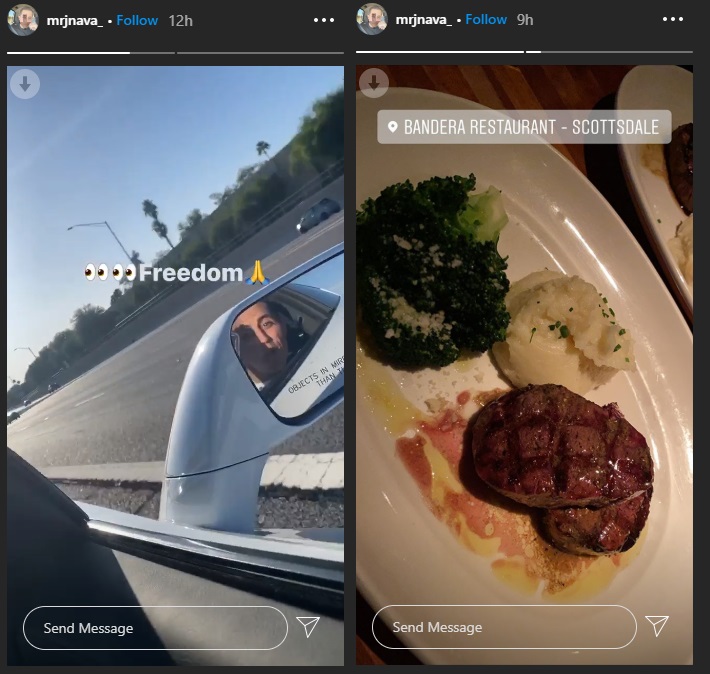 This 90 Day Fiance journey didn’t go too well for Jorge and his Russian model wife. Because of his police record, the two couldn’t secure a home. So, they spent their days of wedded bliss together in a hotel instead of an apartment.

In February 2018, Jorge was arrested on felony charges. The charges included, possession of marijuana with intent to sell and possession of drug paraphernalia.  A plea deal months after his arrest got the charges dropped from a class two felony down to a class four.

He was released from prison a few months shy of his sentence.  This put a damper on the marriage for the 90 Day Fiance husband. He announced his intention to divorce his wife while he was still in prison.

Still, it looks like Jorge Nava found that silver lining, as he worked hard at becoming healthy while in prison. He lost over 125 lbs and shares with his fans how he never felt better.

Oatmeal and peanut butter were his two mainstays while behind bars. Daily vigorous workouts rounded out his new lifestyle with the results seen in the photo above.

Come back to Entertainment Chronicle often for the latest on all your favorite reality shows like 90 Day Fiance.