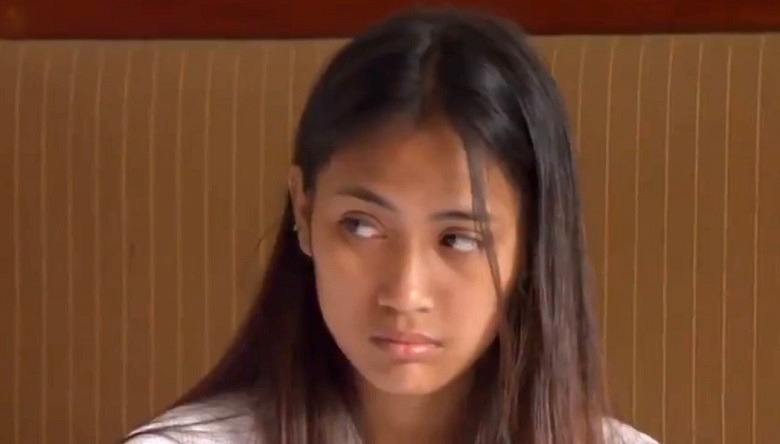 90 Day Fiance fans tend to gravitate toward the underdog and if anyone would fit that description this season it’s Rose Vega thanks to Big Ed. It looks like the meek young woman from the Philippines won’t be another Before the 90 Days casualty in the lovelorn department. Nope, Rose is about to pry the world of reality television wide open starting with Big Ed.

90 Day Fiance viewers don’t need a reminder of how Big Ed demeaned the young mother in front of the whole world. He’s told her that her breath smells and asked her to bath before they got together. Big Ed’s embarrassing requests didn’t end there.

He asked that she shave her legs and also directed her to go get an STD test, all within the time frame of a view episodes. All the Before the 90 Days viewers could do is watch from home horrified at his behavior. But after each episode, the fans rushed to social media to bash the American man.

To many of the TLC viewers, it looked like Ed was grooming Rose for his own pleasure. This caused uproar and the comments online reflected the explosion of anger from the fans of 90 Day Fiance. Apparently, the anger was building for Rose as well.

Rose Vega Starts to Break Out With Her Own YouTube Show

When Ed handed her that toothbrush, toothpaste, and mouthwash it was easy to see on the fury on Rose’s face. But she snapped at him in her own language and while he hoped she said: “I love you too”… she didn’t. She said, “you’re ugly”.

Now Rose is ready to go further. While it looks like it’s probably over between this 90 Day Fiance couple, you just don’t know that for sure. Due to contract agreements, they can’t disclose the fate of their relationship as the season still airs.

But Rose is ready to go out on her own with the truth. It sounds like what she has to share won’t be pretty. She did say she knows when “enough is enough”.

Rose Marie has also  Started her own YouTube channel called “RoseMarie Vega” it has a few interesting things to check out about Rose and her son Prince.

While the Before the 90 Days episodes roll along, Rose has been busy. She’s started her own Youtube Channel. Fans flocked to the Rosemarie Vega Youtube Channel to hear what she has to say.

If only I can hug and thank everyone of you individually, I will do it. Thank you all for lifting me up. I just want you all to know that I’m reading all your good and encouraging messages. I love you all. So much. 😭❤️❤️❤️

So far Rose offered some background information about herself and her son Prince. But she wants fans to know that even though she’s poor, her parents raised her to be an honest person. It looks like Rose can’t wait to let the truth come out.

Apparently, that time has come for Rose to break open those bolted doors that keep 90 Day Fiance secrets. It sounds like Rose might just have the last laugh on Big Ed. It appears as if she’s about to expose the truth behind her Before the 90 Days journey with Big Ed.