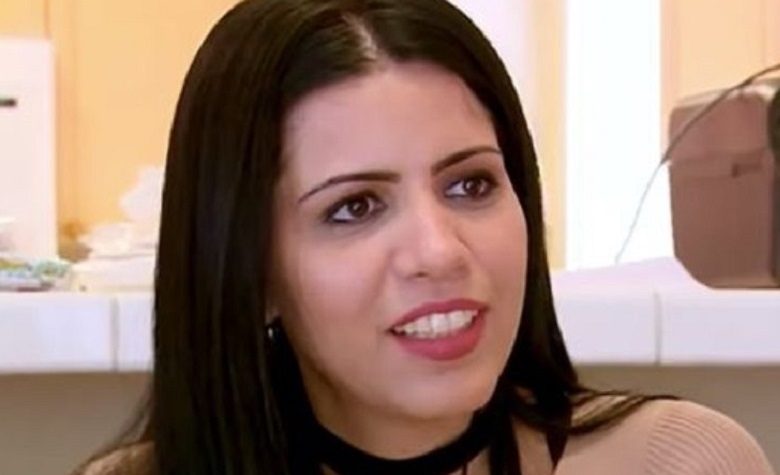 All Larissa Lima needs is a leather jacket and a glove as this 90 Day Fiance star’s nose was pinched and perked leaving her resembling the late King of Pop. The Brazilian beauty landed in the US to be a doting wife and daughter-in-law a few years back. But that didn’t work out.

Larissa Lima proved she’s not the nurturing type. Although gone from the 90 Day Fiance series for some time now, she’s making headlines again.

It seems the 90 Day Fiance celeb likes all the opportunities offered in the great USA. But in her case, it’s more the land of nip and tuck. It appears Larissa Lima gravitates toward plastic surgery. She once said she’s not ashamed of going after any cosmetic procedure that helps preserve her good looks. 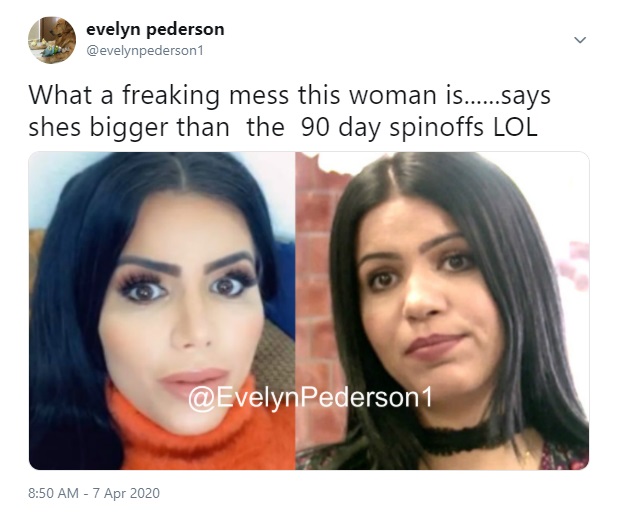 Larissa gained fame as the wife of her 90 Day Fiance ex-husband, Colt Johnson. While at home with Colt and his mom Debbie Johnson, Larissa didn’t have much opportunity to work on her looks if there was money involved. Veteran 90 Day Fiance fans remember how she never had money of her own.

But today she’s free and single. She also continues to seek out those procedures that will pull her up, tighten her up, or puff her out in all the right places. Last year, Larissa admitted to having somewhat of an addiction to plastic surgery.

It’s not that this plastic surgery confession surprised the 90 Day Fiance fans. After all, Larissa hasn’t been shy when talking about all her procedures. The buzz calmed down after a while and Larissa’s escapades under the knife faded into history.

But the flood gate on social media opened up once again after a new photo was posted. Some very creative 90 Day Fiance follower pasted her face on Michael Jackson. You really have to look twice as the resemblance is uncanny. 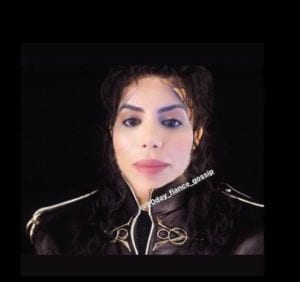 Larissa’s nose job mirrors that of the King of Pop. If you pull Larissa Lima’s hair back, toss some sparkly stuff on her, then finish her off with his trademark glove, she’s the spitting image.

90 Day Fiance: She Reached for the Stars – Now She Looks Like One

It’s not known if Michael Jackson is the look she was going for. But if it was, then her time, effort, and money spent brought her success.  Who knew the woman who tore through the once quiet Johnson household would one day be a mirror image of one of the greatest pop stars to ever live?

Larissa always did dream big. Even in the looks department, she reached for the top star. So when you hear Larissa’s nose job is a real thriller, it’s not a scary look, it’s the look of one of the most famous faces ever to grace this planet. Good job Larissa, you reached for the stars and actually ended up looking like one.