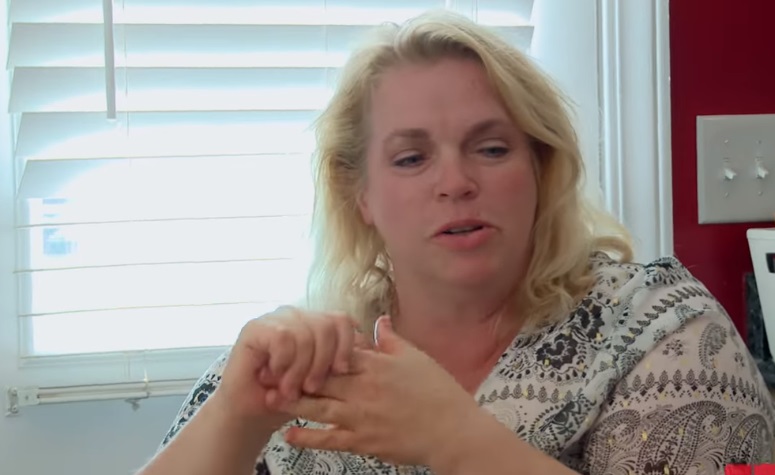 Janelle Brown is the last Sister Wives spouse you would expect to share her romantic mood with fans but it looks like she just took that leap. Maybe being without Kody Brown through the Coronavirus outbreak has her missing her shared-husband.

Sister Wives – Romance on the Sly

In past seasons, fans watched as Christine Brown attempted to cuddle with Kody Brown on camera. It was to no avail, as the husband of four gently led her away.

Meri Brown called her Sister Wives husband “babe” while he moved her into a rental home in Flagstaff. She didn’t get any flirting back in return.

The Sister Wives’ father of 18 doesn’t show affection for any of his wives if there’s a chance one of the other women would see this. So no matter who comes at him with a bit of romance on camera, he has the tendency to just pull away.

Getting five adults to agree on anything isn't easy! #SisterWives

Then there’s Robyn Brown who appears to have Kody’s eye most of the time. Sister Wives viewers have watched the chemistry between these two for close to a decade.

So, where does this leave Janelle Brown? Kody revealed not too long ago how he thinks of Janelle more like a buddy, or one of the guys, so to speak.

He explained how they are very like-minded when it comes to business and careers. Because of this, Kody could spend a large amount of time with Janelle talking about things that they both were interested in.

While Kody might think of Janelle as his Sister Wives buddy, there had to be some romance involved in their lives at one time or another. These two have a bunch of kids together.

Today it looks like Janelle is at home attempting to ride out this Coronavirus like the rest of the country. But it looks like she’s without Kody.

The latest posts from the Sister Wives ladies gives the impression that Kody is not with Meri, Janelle, or Christine. From what the wives shared over the past view days, fans assume Kody is curled up at Robyn Brown’s house.

So is Janelle taking a trip down memory lane when it comes to romance with Kody Brown? She’s listening to the big band music, which is something she finds soothing. But check out her post below to see this Sister Wives choice of a song she shared with those who follow her on Instagram.

Listening to 1940s big band music on Alexa. It has really helped lift my mood. It’s always been a favorite of mine but with being home all the time it’s adds a little extra for me now. Something about it makes me feel like all is right with the world. #quarantine #findingwaystothriveathome

“These Foolish Things (Remind Me of You)” is the title that seems to address Kody Brown and his behavior. Now, this could just be a song Janelle likes and have nothing to do with her shared husband.

But… from just a glance at the title, it looks like it has Kody’s name invisibly written all over it. Is the Coronavirus shut-down putting Janelle in a mood to romantically reminisce? Catch Sister Wives on Sunday nights at 10 pm EST on the TLC channel.

Come back to Entertainment Chronicle for all your Sister Wives news.