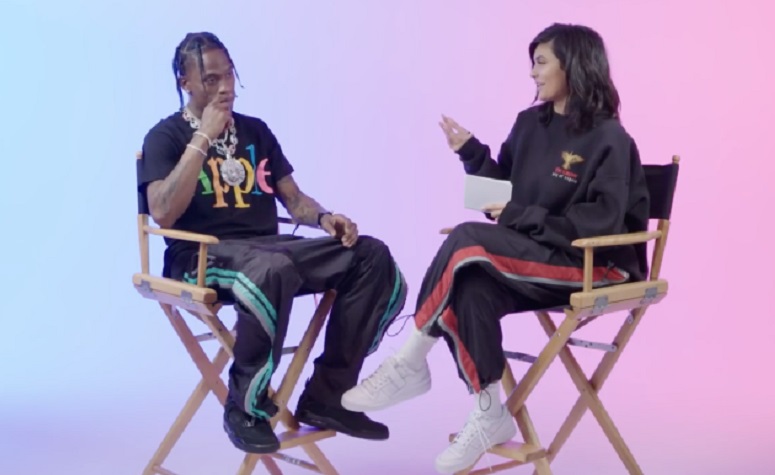 Keeping Up with the Kardashians celebs Kylie Jenner and Travis Scott have been enjoying the child they made by co-parenting together. Both the mogul-reality star and the singer-songwriter seem to cooperate on that level just fine. That leaves two-year-old Stormi enjoying the companionship of Mommy and Daddy.

Keeping Up With the Kardashians: Kylie Jenner and Travis Scott Back On?

However, the rumor mill has been going full steam. The gossip has been that the couple is now back together after splitting last fall.

An early indication that this assertion is not true came by way of 10-year-old Mason Disick. In fact, he shot down the concept very boldly on social media early this week. Mason was confident when weighing in on his aunt’s situation, and the media picked up on that claim.

However, it looks like the deleted Instagram that belongs to the pre-teen may be the result of him freely offering this family news. He also probably received other disciplinary actions from his dad Scott and his mom Kourtney.

Confesses to Hooking Up Again

All that drama went down two days ago but things have changed — well, sort of.

On Friday, in an exclusive interview from Hollywood Life, Kylie revealed their relationship status. It seems she’s been hooking up with her baby’s Daddy. Even so, they still remain broken up and are free to see other people.

A source for the site backed up that questionable statement. The Hollywood Life spy wrote:

“Kylie & Travis have a really strong connection and continue that but they don’t consider themselves in an exclusive relationship at this time and are currently hooking up but nothing more.”

“They have so much love and respect for one another but they seem to want different things long term. Kylie’s family understands this and supports her and they’ll always love and include Travis on things because they consider him family. They don’t fight and they get along great especially for the sake of (their 2-year-old daughter) Stormi.”

Keeping Up with the Kardashians: Kylie Is Keen To Be By Travis’s Side

Beyond all that, Kylie is inclined to want to be with Travis over other guys. She apparently really enjoys being with him. Reports indicate that she is not looking for anyone else to be with.

By way of background, Kylie and Travis totally broke up last September. After that, the pair were nearly always seen in each other’s company when Stormi was also in the picture.

Although, Kylie was seen with someone other than Travis. Only a month or even less after the two broke up, she enjoyed Drake’s company during the performer’s 33rd birthday party. That coupling may not even have been a coupling at all but merely two friends simply having fun together.

Meanwhile, check out Kylie and Travis as they interact with and without Stormi on this season of Keeping Up with the Kardashians.

Keeping Up with the Kardashians airs on E! on Thursdays at 8 p.m/ET.