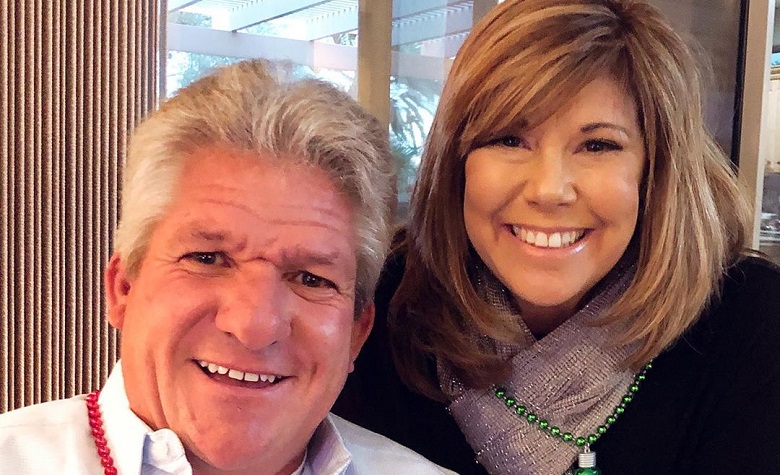 Matt Roloff and Caryn Chandler from Little People Big World take social distancing due to Coronavirus seriously so they’ve hunkered down away from Roloff Farm. Caryn took to social media to remind people that we’re all in this together.

Both Matt and Caryn live at Roloff Farm, made famous by the Little People Big World series on TLC. Thankfully it’s not pumpkin season or that would be one big ordeal to cancel.

Still, Roloff Farm is a home loved by both Matt and his ex-wife Amy Roloff. Now Caryn feels the magic there as well. Fans watched Amy struggle with the move a while ago to a new home not too far away. While Matt and Caryn both work the farm today, the chores get overwhelming for an aging Matt.

The patriarch of the Little People Big World family once said he’d never sell the farm and how he imagined it would always be there for his kids. But times have changed and it’s getting harder for Matt to get it all done on the farm.

Long post alert ! Seems somehow odd to wish everyone a Happy St. Patty’s Day today but…. we do !  As Matt & I are hunkered down here in AZ (much like I imagine most of you are) we feel inadequate at the moment – especially with how to help those in need. If only we had a crystal ball or a magic wand🤦🏽‍♀️ – maybe we could make things better.  BUT one thing is for sure, one thing we can all think about is that we are ALL in this together. Embrace compassion, use only what you need, and take a teeny bit of comfort knowing we’re sending YOU love & positive thoughts today!🤍

Matt makes no secret about it, he did say the farm is becoming a burden. But despite the hard work, he doesn’t want to sell. That doesn’t mean he can’t go to his home away from home and enjoy the quiet life off the farm. That would be his Surprise, Arizona, home.

The warm weather of Arizona appeals to Matt in contrast to the cold and damp Oregon climate. Since he often vacationed there, he decided to put down some roots.

The Little People Big World star bought a place all set for him to turn a key and enter when the Arizona whim hits him and Caryn. The home happened to belong to Caryn Chandler’s parents. So, when they decided to sell, Matt Roloff purchased the place. While he says it’s an investment, it looks like he loves being there as well.

Matt said he’d never sell or move from Roloff Farm. But he did share a set of plans for a new house with fans online. He said he was just playing around with ideas, but maybe he’s testing the waters. Roloff Farm is one big job to run and Matt’s not getting any younger.

So as Coronavirus started to make its way across the US,  Matt and Caryn heeded the warnings to social distance themselves. Their decision led them to the warmer climate of their Surprise, Arizona, home. It seems as if the Little People Big World celebrities like the idea that it’s somewhere they can go with all their stuff already there.

Matt said it beats staying in hotels when visiting the area. Caryn posted her greetings from Surprise on her social media account. She talked about the pandemic and how everyone should focus on staying safe. That post is in the article above.

So why did Matt and Caryn head on over to Arizona to ride out the Coronavirus in lieu of hanging out on Roloff Farm?

The warm weather probably enticed the couple. Matt likes the climate in Arizona, so why not stay somewhere comfortable if you have to stay put. Don’t forget, Roloff Farm is a big tourist attraction thanks to the Little People Big World series.

So, they’re probably more apt to have much less social interaction in Arizona than if they stayed on the farm. There’s no word on who is taking care of things in Matt and Caryn’s absence, but fans can bet the farm that Matt has it all covered.