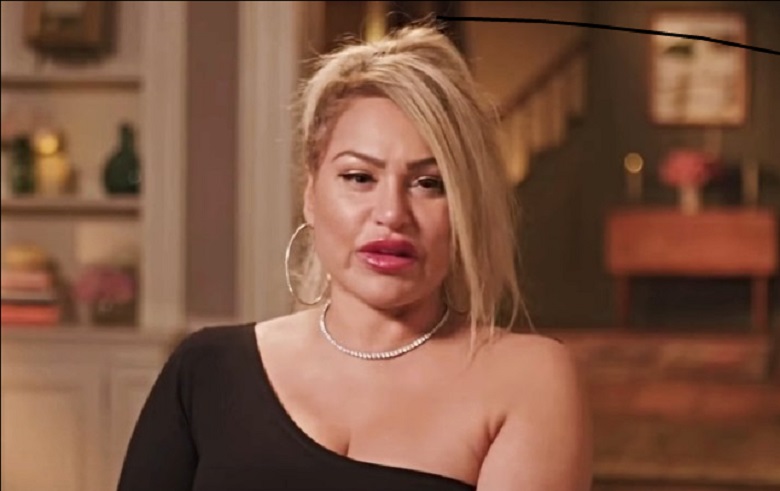 Darcey Silva fans grow concerned after recent photos of the 90 Day Fiance: Before the 90 Days star suggests the celebrity may be destroying her looks. But what worries fans the most is that she doesn’t seem to realize this.

She’s a beautiful woman who doesn’t need any help, suggests one fan. But for some reason, she doesn’t appear to see this, another fan said in their comment.

Social media comments tend to see Darcey Silva as a woman desperate to find love. But fans believe this desperation prompts the 90 Day Fiance celebrity to seek out more and more beauty treatments. With some of them being surgical procedures.

Several of the fans who follow Darcey worry that her attempt to sculpt herself into someone younger than her years has done some irreversible damage. The tendency to bash Darcey Silva is fading as more and more people feel sadness for what she’s doing.

Even her recent makeup choice has the critics taking aim at her. In an attempt to look younger, it appears Darcey is achieving the opposite. Some of the people who follow this 90 Day Fiance New Englander think her recent makeup makes her look older. 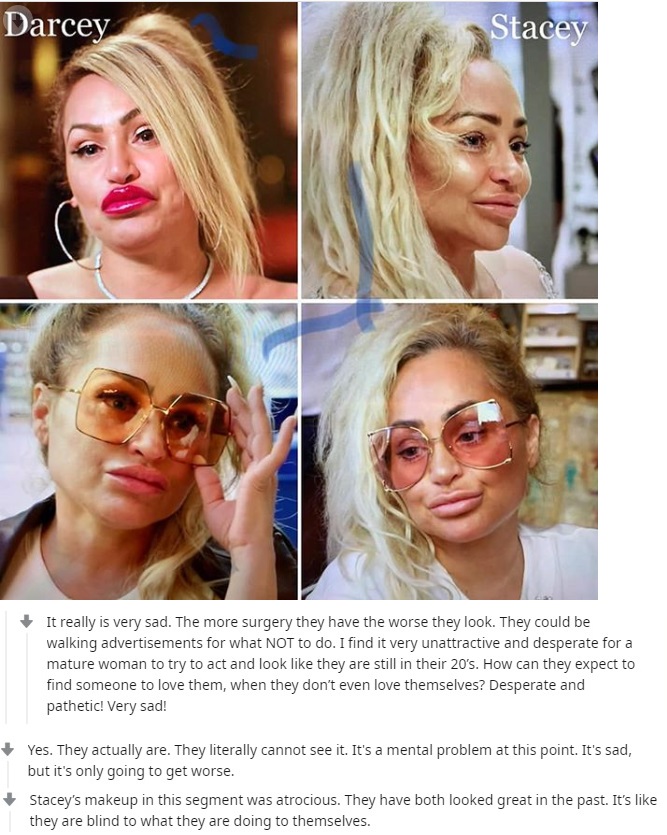 Blind To What They Do to Themselves?

Some fans include Darcey’s twin sister, Stacey Silva, in their comments on what’s gone wrong. As one comment suggests it’s like they are “blind” to what they’ve done and continue to do to themselves.

Darcey’s sister also seems to tweak her looks as well. People are wondering what’s up with Stacey’s tan. She didn’t spread the tanning substance evenly.

So much has been said about Darcey’s lips that there’s not much more left to say. Both past and present photos of Darcey show how her lips sometimes look twice their original size.

Some 90 Day Fiance followers suggest she’s surpassed fullness with her lips a long time ago. There’s a fine line many celebs walk when it comes to lip enhancement.

There’s a point when full lips go too far and they can look more like lips swollen due to an injury. Fans seem to convey sadness over Darcey’s journey to enhance her own natural beauty.

Comments also suggest this Connecticut mom of two looks unrecognizable today. The Darcey Silva who first showed up on the 90 Day Fiance series looks nothing like the woman seen on Before the 90 Days today, according to comments.

Some people even go as far as to suggest it’s like an obsession for this veteran cast member.