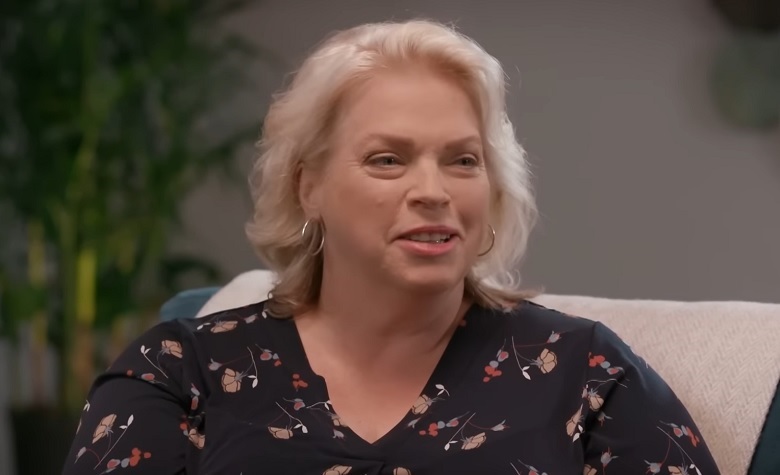 Sister Wives star Janelle Brown loves to share updates about her healthy diet and incredible workout routines. Fans have been praising her dedication to living such a lifestyle. Some are also noticing the massive improvements in Janelle as well. Fans also think her new life away from Kody Brown has played a significant role in her glowing looks. Now, Janelle is back to share another update for the fans. This time, Janelle shared her excitement about doing a dangerous activity with some of her friends.

In a social media post, Sister Wives star Janelle Brown shared pictures from her dangerous activity. Apparently, Janelle went axe-throwing with some of her friends. “Had so much fun at a local axe-throwing place here in Flag. Fun night out with friends!!” Janelle said. “Glad for the few pointers the crew gave me that helped me finally get a axe to stick. I have to say I’m not very good at this- yet – we will be back!” she added. It seems that Janelle is a big fan of such activities. Fans also think Janelle is becoming more adventurous lately, especially after her split with Kody Brown.

Sister Wives star Janelle Brown has been making good progress with her workout journey as well. Aside from adding heavy lifting to her routines, Janelle also impressed the fans with her food choices. Most of the time, Janelle shares healthy vegetable recipes. She has also become an inspiration to many due to the positive results she’s been showing in her healthy lifestyle. Fans are also hoping that Janelle and Christine Brown will continue to make projects together with the diet company they’ve been promoting.

Sister Wives star Janelle Brown made headlines last year after joining a management team. It also features another TLC star, Angela Deem. However, it’s been quite some time since Janelle last shared an update about them. Some fans also think it quickly fell apart due to its lack of audience. Others believe that Angela’s recent controversies in the 90 Day Fiance: Happily Ever After? tell-all affected the company’s growth.

Meanwhile, fans are glad that Janelle is now living her best life after leaving Kody Brown. But fans are still hoping that Kody is doing something for his kids despite their recent struggles. What are your thoughts? Do you think Kody will ever step up? More so, what are your thoughts on Janelle’s axe-throwing? Let us know in the comments.

‘Sister Wives’: Should Christine Be On ‘Dancing With The Stars’?
‘Counting On’: Amy Duggar Ready To Tell The Truth & Expose IBLP?
‘Counting On’: Jinger Celebrates Release Of Book In NYC
‘Counting On’: Did Jeremy Vuolo Get A New Transplant?
’90 Day Fiance’: David Shares What He Relishes The Most In Thailand