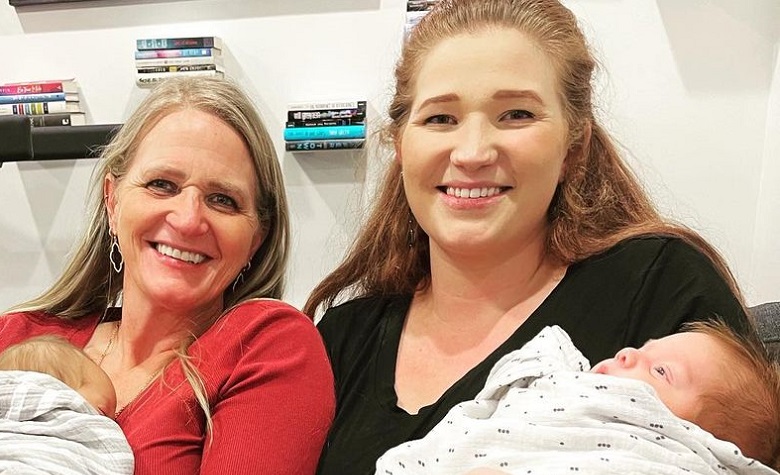 Sister Wives star Mykelti Padron has been keeping in touch with the fans lately. Most of the time, Mykelti shares adorable updates about her kids, especially her twins, Archer and Ace. Fans also love how Avalon is enjoying her role as a big sister to her brothers. Mykelti has also been busy with her projects as well. One of which is her Patreon, where she answers some of the most popular questions from the fans. However, fans did not expect Mykelti to open up about Kody Brown in her latest Patreon post. She even shares a shocking story about him behind the cameras.

Sister Wives fans from Reddit shared their thoughts on Mykelti Padron’s latest post on Patreon where she talked about her father, Kody Brown. However, Mykelti didn’t share any controversial stories about her father. Instead, she shared some untold stories about him and what he was like back then. According to Mykelti, Kody was such a good father when she was younger. She also revealed that he pays them a visit from time to time and that she actually had a good relationship with him.

Mykelti even said that Tony Padron’s likeness to Kody is one of the main reasons why she married him. She further revealed that Kody often comes over and watches movies with his kids. But as they got older, things started to change. Mykelti also revealed that Kody is not in a good place at this point. She added that he was in a rough time and in an angry patch after his plural family fell apart.

Mykelti Claims Some Of The Episodes Were Edited

Sister Wives star Mykelti Padron also claimed that there were some “edited” parts throughout the show. However, some fans aren’t having it and said that things have been the same even behind the cameras. A few also pointed out that Kody and Robyn Brown were often spotted in public places without the other wives, showing that they’ve been living like a monogamous couple. But it seems that Mykelti is also aware of Kody’s struggles with his parenting. She also said that Kody should’ve made efforts to sit down and listen to his kids instead of arguing with them and coming up with urgent decisions instead of listening.

Mykelti Padron also took to social media to share her own struggles in parenting. According to Mykelti, giving birth to twins has been a big challenge for her. She also revealed that she only had 3 to 5 hours of sleep a night. However, Mykelti made it clear that she doesn’t regret all the time she’s spending with her twins and has been trying her best to give them all the love and care.

Meanwhile, fans are praising Christine Brown for her frequent visits to Mykelti’s house to help take care of her grandkids. However, fans are upset that Kody has yet to spend time with his twin grandsons since they were born. Do you think he can redeem himself in the grandparent department? More so, do you think Mykelti’s Patreon will further hinder their relationship? Let us know in the comments below.

Come back to Entertainment Chronicle for more Sister Wives updates and news.

’90 Day Fiance’: David Shares What He Relishes The Most In Thailand
‘Sister Wives’: Kody Slammed For Not Taking Own Advice In Latest Cameo
‘Sister Wives’: Fans Recall Dayton’s Sweetest Moment In The Show
‘Sister Wives’: Should Christine Be On ‘Dancing With The Stars’?
‘Counting On’: Amy Duggar Ready To Tell The Truth & Expose IBLP?