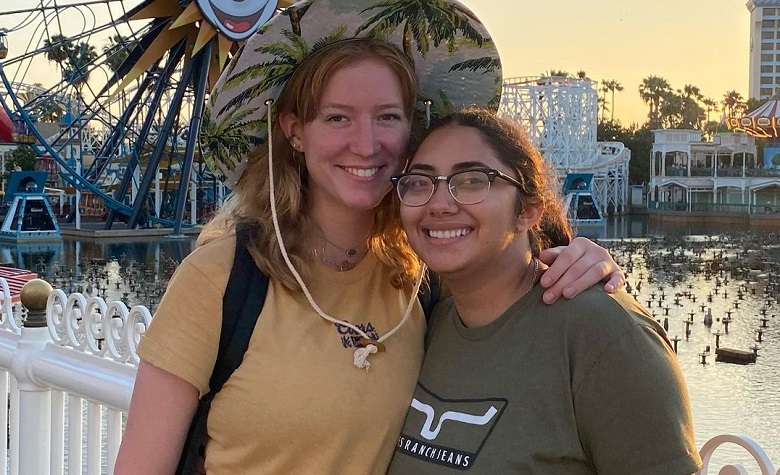 Sister Wives star Gwendlyn Brown recently made headlines after opening up about her relationship with her brother, Paedon Brown. According to Gwendlyn, things are only getting worse between her and Paedon. She even shared the stress she’s been going through where she had to take medication at night to help her sleep. Yet, it seems that Gwendlyn is trying her best to distract herself from all the negativities. She even took to social media recently to share her excitement regarding her engagement with her fiancee, Beatriz Queiroz.

In a social media post, Sister Wives star Gwendlyn Brown shared how excited she is for her engagement with Beatriz Queiroz. According to Gwendlyn, it’s been quite some time since their engagement but they still haven’t taken engagement photos. “Still haven’t taken engagement photos seriously need to schedule a photographer. any recs? haha (but also please),” Gwendlyn added. Moments later, fans took Gwendlyn’s comments section to share their recommendations. Some also left positive messages on Gwendlyn’s post and pointed out her glowing looks. Others also said that her brother via Janelle, Robert Brown has experience in photography and may take their engagement photos.

Sister Wives star Gwendlyn Brown also took to YouTube to upload her reaction video for the 5th episode of Season 17. One of the most eye-opening revelations in Gwendlyn’s latest reaction video is about the irony of Robyn Brown and Kody Brown not being vaccinated. According to some, Kody and Robyn have been so strict when it comes to social distancing. It even came to the point where Kody had to stop visiting his other wives. He even decided not to come to Ysabel Brown’s back surgery in New Jersey. Fans also praised Gwendlyn for her creativity and boldness, similar to her mother Christine Brown.

Sister Wives: When Will Gwendlyn Brown & Beatriz Queiroz Get Married?

At this point, Sister Wives stars Gwendlyn Brown and Beatriz Queiroz have only said they will wed in July 2023. Yet, it appears that they haven’t had any big celebrations since their engagement. However, most of the family members have shown support for Gwendlyn and Beatriz. On the other hand, Kody Brown remains silent regarding his daughter. Fans also think Kody is no longer in touch with any of Christine Brown’s kids since their split. Gwendlyn herself has also expressed her disappointment towards her father for neglecting them and his other wives.

It’s clear to see that Gwendlyn is one of the most popular Brown kids today. Meanwhile, fans are hoping that things will finally get better between her and her brother, Paedon Brown, especially now that their mother is working hard to bring everyone together. Do you think the siblings can ever mend fences? Plus, are you excited about Gwen’s engagement? Let us know in the comments.