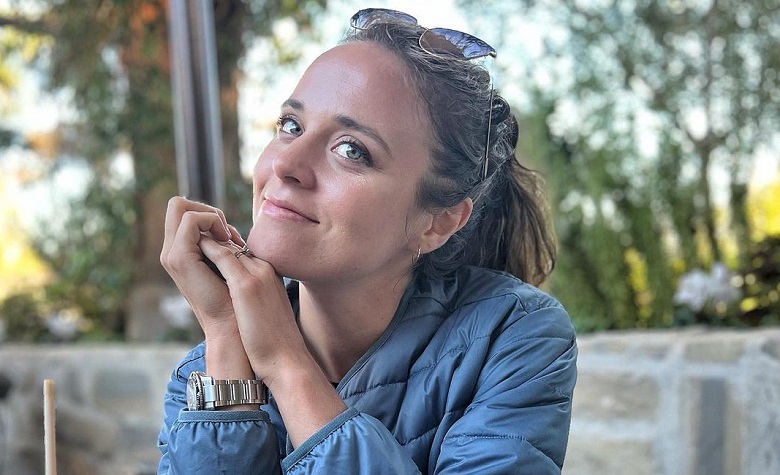 Counting On star Jinger Duggar has been making headlines due to her latest book, Becoming Free Indeed. Fans have been praising her bravery for exposing the harmful ideology of the Duggar family’s church when she was younger. Some also think it’s Jinger’s chance to spread awareness, especially for her younger siblings who still live with their parents. Aside from her latest book, Jinger has been sharing her success in Los Angeles. Fans also think Jinger’s life changed a lot since moving to LA. Now, Jinger is making headlines once again after Jeremy Vuolo flaunted her candid photos.

In a social media post, Counting On star Jeremy Vuolo shared stunning pictures of his wife, Jinger Duggar. “I like taking candid photos of @jingervuolo,” Jeremy captioned. Jinger’s stunning looks caught the attention of many. Some pointed out that the photos weren’t candid and Jinger looks posed. Nevertheless, a lot of fans loved it. Many are also praising Jeremy for showing how proud he is of his wife. Apparently, Jeremy has been a very supportive husband. He also played a significant role in the success of Jinger’s latest book, Becoming Free indeed.

Jinger Appreciates All The Comments About Her Biggest Decision In Life

Counting On star Jinger Duggar also took to social media to repost some of the comments she received during her recent revelation about the Duggar family’s church. Apparently, Jinger recently revealed that she grew up in a “cult-like” church. She also took a deeper dive into the harmful ideology in her youth in her latest book. There are also several Duggars who showed support for Jinger’s controversial statements, which is a clear indication that they support her actions. But fans are worried about how Jinger’s latest book will affect her relationship with Jim Bob Duggar and Michelle Duggar.

There are reports that some of the Duggars are also not happy with Jinger Duggar’s controversial statements about their church, especially her parents. Apparently, Jim Bob Duggar and Michelle Duggar have been devotees of IBLP. But it seems that Jinger’s recent actions are starting to become a wake-up call to some of the Duggars. Meanwhile, Counting On fans are hoping that things won’t get worse between Jinger and her parents. Many also wish that Jinger will still get the opportunity to bond with her parents and siblings despite her controversial statements.

It’s clear to see that Jinger is one of the most successful Duggars today. She’s already looking forward to her future projects this year as well, and many are hoping that they will include more books. What would you like to see come from her? Let us know in the comments.

‘Sister Wives’: Kody Slammed For Not Taking Own Advice In Latest Cameo
‘Sister Wives’: How Did Kody React To Christine Getting Ready To Date?
‘Sister Wives’: Fans Recall Dayton’s Sweetest Moment In The Show
‘Counting On’: Joy-Anna Stuns In Jeans, Enters 24th Week Of Pregnancy
‘Sister Wives’: Meri Thankful For THIS Person For Helping Her Grow