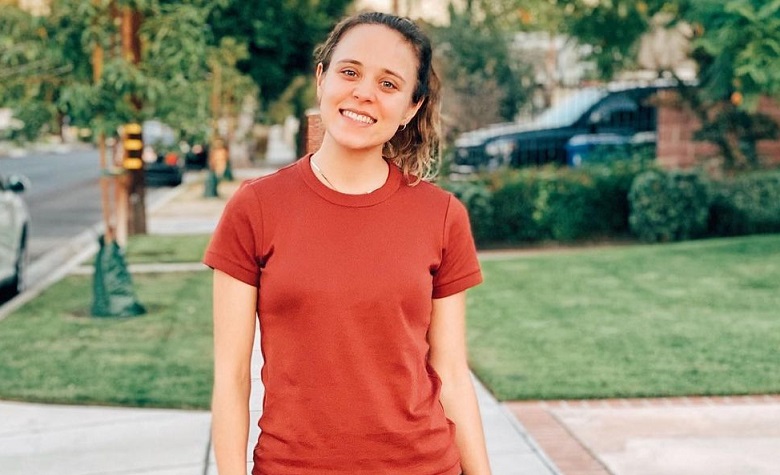 Counting On star Jinger Duggar has been keeping in touch with the fans lately. Most of the time, Jinger shares adorable updates about her family in Los Angeles. Fans are also glad that Jinger is finally becoming more transparent about her kids. Jinger has been getting a lot of success with her recent projects as well. One of which is her latest book, Becoming Free Indeed. Some of her siblings have also shown support for her book despite its controversial contents and its possibility to damage to Duggar family’s reputation.

In a social media post, Counting On star Jinger Duggar shared a lengthy message about her latest book, Becoming Free Indeed. However, Jinger’s post caught a lot of attention due to the several Duggar liking it. Apparently, James Duggar, Joy-Anna Duggar, and Jill Duggar liked their sister’s post. According to some, it may be an indication that some of the Duggars support Jinger’s book that questions the harmful ideology in their youth.

Fans also think it’s a sign that there’s been a rift in the family as some of the adults start to question their beliefs. Jill even left a positive comment on Jinger’s recent post. According to Jill, she’s proud of Jinger and Jeremy Vuolo. “Walking “the straight and narrow” as God leads you is harder than walking completely one way or another! Love you! Praying continued peace and strength for y’all!” she added.

How Will Jim Bob & Michelle React?

At this point, Counting On stars Michelle Duggar and Jim Bob Duggar have yet to share their thoughts on Jinger Duggar’s latest book. However, fans think Jim Bob and Michelle are clearly not happy about the contents of Becoming Free Indeed. But the changes in Jinger’s life have been accepted by Michelle and Jim Bob over the years. Due to this, fans are hoping that Jinger’s book wouldn’t create a big rift between them. Meanwhile, fans are hoping that Jinger will become an inspiration to her siblings due to her strong personality and dedication to embracing the modern lifestyle.

Counting On star Jinger Duggar also took to social media to promote her favorite food company. According to Jinger, the meats from the Good Ranchers are the only meats that people will see in their households. She also took the opportunity to encourage the fans to try it out. Meanwhile, fans are impressed by the number of endorsements Jinger has gotten over the past few years. She even paired up with Matchbox Coffee to make her own coffee blend.

It’s clear to see that Jinger is one of the most successful Duggars today. She has also revealed a lot of upcoming projects this year, and fans are hoping that it will include another book. Would you like to see more from her? Let us know in the comments below.