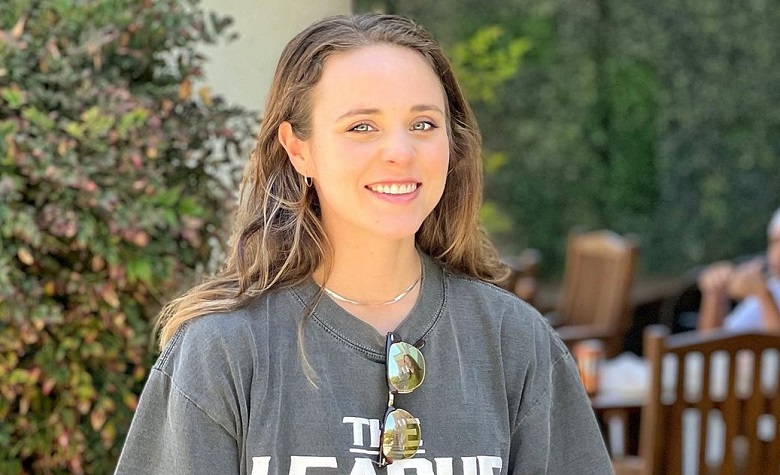 Counting On star Jinger Duggar loves to share adorable updates about her daughters. Fans are glad that Jinger is finally becoming more transparent when it comes to her kids. Most of the time, Jinger shares wholesome clips and pictures of Evangeline and Felicity. Jinger’s daughters are still facing backward in most of their clips and pictures. But fans are still thankful that Jinger is still sharing updates about Evangeline and Felicity despite the privacy she wants for them. Now, Jinger is back to share another update for the fans. This time, she shares an adorable clip of her daughters playing football with their father.

In a social media post, Counting On star Jinger Duggar shared an adorable clip of Evangeline and Felicity playing football with their father, Jeremy Vuolo. It seems that the kids inherited Jeremy’s love for football. Apparently, Jeremy used to be a professional football player. He even won a championship in his recent indoor football league. At this point, Jeremy is already preparing for the second season to defend their title. Fans are hoping to see how Jinger and Jeremy’s daughters will grow up loving football.

Counting On star Jeremy Vuolo also took to social media to share Jinger Duggar getting serious about playing one of her favorite card games. Apparently, Jinger and Jeremy played a game of Phase 10, which they usually do when the kids are asleep at night. “Game on. She’s a killer at Phase 10. I’ll let you know who wins,” Jeremy captioned. Jeremy later revealed that Jinger won the game. Meanwhile, fans are praising the two for their wholesome content online. It also appears that Jinger has a lot of fans this year, especially after her book, Becoming Free Indeed, gets released.

Counting On: Fans Are Already Looking Forward To Jinger Duggar’s 2023

Counting On star Jinger Duggar recently took to social media to share that her 2023 is going to be big. According to Jinger, she has a lot of projects coming this year. She has yet to share what kind of projects she has in mind. But fans are already expecting it to be big and something new. Apparently, Jinger usually comes up with big projects that no Duggar has ever done. One of which is launching her own coffee blend with Matchbox Coffee. She has also shown her bravery after writing a book that questions the harmful ideology in her youth.

It’s clear to see that Jinger is one of the most successful Duggars today. Fans seem glad that she’s still in touch with her family in Arkansas despite the controversial book she wrote.