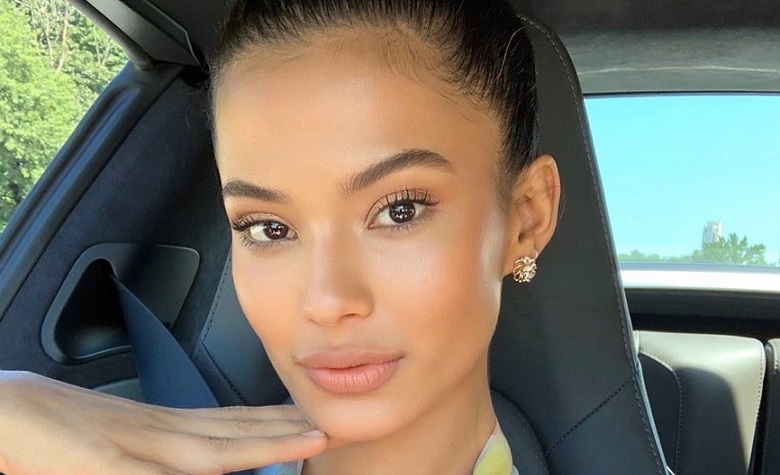 90 Day Fiance star Juliana Custodio loves to share adorable updates with her son, Benjamin. Most of the time, Juliana shares her recent adventures with her baby boy. Benjamin has impressed a lot of fans as he is already able to travel to many places at his age. Meanwhile, Juliana continues to impress fans with her stunning looks. She has returned to modeling as well just months after giving birth. Now, Juliana is back to share another update for the fans. This time, Juliana left the fans in awe after surprising her mother, who never got to see her grandson in person.

In a social media post, 90 Day Fiance star Juliana Custodio shared adorable clips and pictures during her recent visit to her mother. According to Juliana, this is the first time her mother met Benjamin. Juliana’s mother was so excited and happy after seeing his grandson. Juliana later revealed that she brought her family to a mall and treated them. Fans are praising Juliana for showing love to her family. It also appears that Juliana’s husband, Ben Obscura, wasn’t with her during her trip to her family.

90 Day Fiance star Juliana continues to impress the fans with her success. Apparently, Juliana is already back into modeling and has been receiving a lot of endorsements lately despite her recent pregnancy. She’s been sharing her workout routines as well, and fans think she has a bright future ahead when it comes to her modeling career. At this point, Juliana usually models for high-end clothing brands. It’s unclear if she’s scheduled for runway modeling. But fans think she’s still taking her time to prepare herself.

90 Day Fiance: Will Juliana Custodio Return To The Franchise?

At this point, 90 Day Fiance star Juliana Custodio has yet to share her plans for returning to the small screens. However, fans think Juliana’s growing popularity is something that TLC should keep an eye on. Apparently, TLC usually gives spinoffs to their successful couples. Some of them are Annie Suwan and David Tobrowosky, who starred in their own spinoff which focused on their vacation in Thailand.

TLC has yet to share if Juliana will return to the network. However, some fans doubt it, especially by how private Juliana’s new lover, Ben Obscura, is on social media.