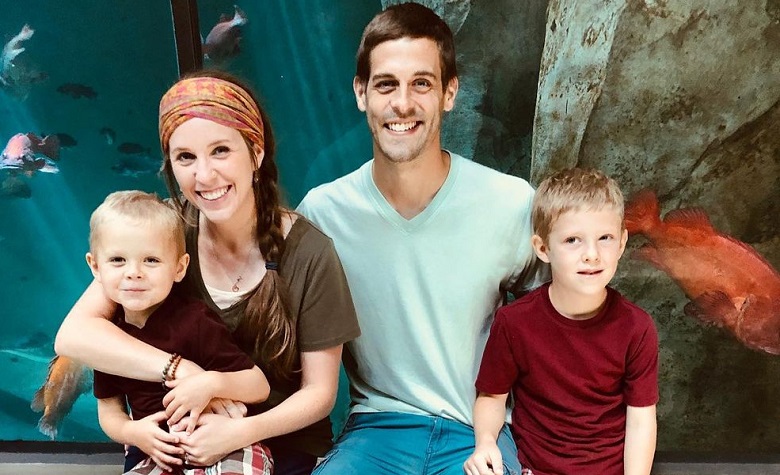 Counting On star Jill Duggar has been one of the most active daughters of Jim Bob Duggar and Michelle Duggar online. However, a lot of fans have been noticing the changes in how Jill posts pictures of her kids. According to some, Jill is starting to hide the faces of Sam and Israel in her recent posts, which is similar to what her sister Jinger Duggar is doing for her daughters. But despite hiding their faces, Jill still keeps the fans in touch when it comes to her kids. She even took to social media recently to share Israel’s latest milestone.

In a social media post, Counting On star Jill Duggar shared her son Israel’s latest milestone. Apparently, Israel got promoted in his swimming lessons. “So proud of my big guy for promoting to swim class Pro 2! This is his last level before the swim force swim team!” Jill said. It also appears that Israel is aiming to compete in swimming. According to some, Israel has clearly inherited his father’s hobbies back in the day. Meanwhile, fans are hoping that Jill will share Israel’s future swimming competitions.

Counting On star Jill Duggar also took to social media to share the incredible progress of Sam’s swimming lessons. It seems that Sam is already catching up to his big brother. Fans are also praising Jill for enrolling her kids in a swimming school. Fans are also expecting Frederick to do the same thing once he gets older. It also appears that Jill has inspired some of her siblings to send their kids to a swimming school as well. One of them is Joy-Anna Duggar, who’s been sharing adorable clips from Evelyn and Gideon’s swimming lessons.

Counting On: Will Jill Duggar Focus On Vlogging?

At this point, Counting On star Jill Duggar has yet to share projects for 2023. However, fans think Jill might revive her YouTube channel and start posting vlogs again. It also appears that Jill has invested in a high-end camera due to the recent high quality of her photos and videos. She also started her year pairing up with a food company. Fans also think she’s starting to follow in Jinger Duggar’s footsteps when it comes to finding ways to make income.

Meanwhile, fans are still hoping that Jill will finally reconcile with her parents this year. She has already revealed that they’re heading toward healing, and many wish that things will continue to get better between them.