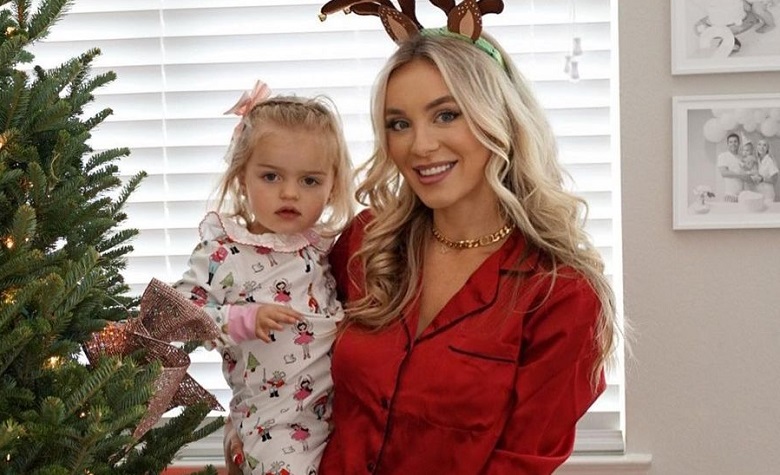 90 Day Fiance star Yara Zaya has been sharing wholesome updates about her family over the past few weeks. It also appears Yara and Jovi Dufren are already embracing the Christmas season. Most of the time, the two share their trips to Christmas-themed parks and malls. Now, Yara is back to share another update for the fans. This time, Yara shares that Mylah has been having a blast this year’s Christmas season and only makes it more special.

In a social media post, 90 Day Fiance star Yara Zaya shared pictures with Jovi Dufren and Mylah during their recent trip to a Christmas-themed mall. According to Yara, Mylah is now at the age where she finally enjoys the Christmas season. However, Yara revealed that her daughter is still afraid of Santa Claus. Meanwhile, fans were surprised to see how big Mylah has become. Some even said that she’s starting to look more like her father Jovi. Fans are also praising Yara for her efforts in giving Mylah an incredible childhood. Many are also impressed that Mylah has already used to traveling with her parents.

90 Day Fiance star Yara Zaya also took to social media to share their adorable family picture with Santa Claus. However, Mylah couldn’t hide her fear of Santa in the picture. “Mylah wasn’t very happy to see Santa this year,” Yara said followed by laughing emoticons. Some fans think Mylah will eventually learn to love Santa as she gets older. Meanwhile, some fans have been curious about how will Jovi and Yara are going to spend their holidays amid their plans to move.

At this point, 90 Day Fiance stars Yara Zaya and Jovi Dufren have yet to share their Christmas plans. But fans think they’ll be spending the holidays in Louisiana as they continue to struggle on finding a new place to call home. Jovi has already announced that they’re getting closer to a final decision regarding their plans to move. He has also revealed that Texas and Florida are still on his list. Meanwhile, Yara has also expressed her interest in NYC and Los Angeles.

It’s clear to see that Jovi and Yara are one of the most successful TLC couples today. Fans also think their growing popularity will keep them around the franchise for a long time. Would you like to continue to see them for the foreseeable future? Let us know in the comments below.