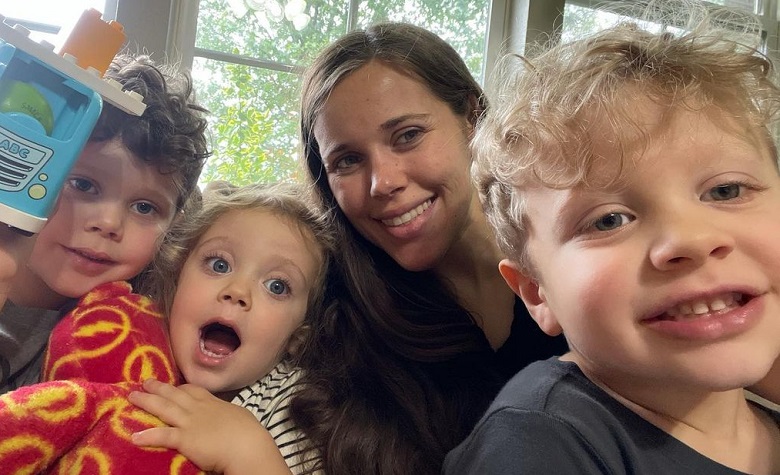 Counting On fans have been following Jessa Duggar throughout the years. She’s often praised for her incredible DIY skills. Fans have been praising her parenting as well, especially when it comes to her efforts on homeschooling her kids. Jessa doesn’t hold back from the critics as well and many are praising her bravery for standing up for herself and her family. However, it seems that Jessa crossed the line again, and fans are getting more furious. Apparently, some fans are calling out Jessa for seemingly using her daughter, Ivy, to make money.

Counting On: Fans Are Calling Out Jessa Duggar For Doing This To Ivy

Counting On fans from Reddit shared their thoughts on Jessa Duggar’s recent post on social media. Apparently, many are not happy about Jessa’s post promoting a lotion with her daughter, Ivy. Later in the clip, Jessa puts the lotion on her daughter’s face as she continues with her promotion. “Poor ivy being exploited by her despicable mother!!” one person said. “This is so cringed. She even showed photos of Ivy with red spots on her face. I would be mortified if my mom had done this to me as a kid,” another person added. It’s clear to see that many are upset by what Jessa did. However, some pointed out that Jessa has been doing such promotions with her kids for years.

Jessa Has Been Doing It For A While

Counting On fans have seen Jessa Duggar using her kids to promote different products, especially when it’s about a children’s product. Due to this, fans some think that Jessa’s recent promotion with Ivy shouldn’t be a big deal. However, some are still hoping that Jessa will reconsider her actions in the future. Apparently, Jessa has been the only Duggar who often promotes products with her kids. Some even noticed that the number of Duggar parents keeping their kids away from the cameras has been increasing.

Counting On: Will Jessa Duggar Respond?

At this point, Counting On star Jessa Duggar has yet to share her thoughts about the recent criticisms she’s been getting. It also appears that she’s been focusing more on her family lately instead of talking to her fans. But some think Jessa will not hold back when someone calls her out, especially when it comes to her parenting. Some even recalled when she shut down a fan when she was questioned about her decision to homeschool her kids.

Jessa has been busy homeschooling her kids over the past few weeks. She even took to social media recently to promote another gadget that her kids use during their drawing sessions. What do you think of all of these promotions? Let us know.