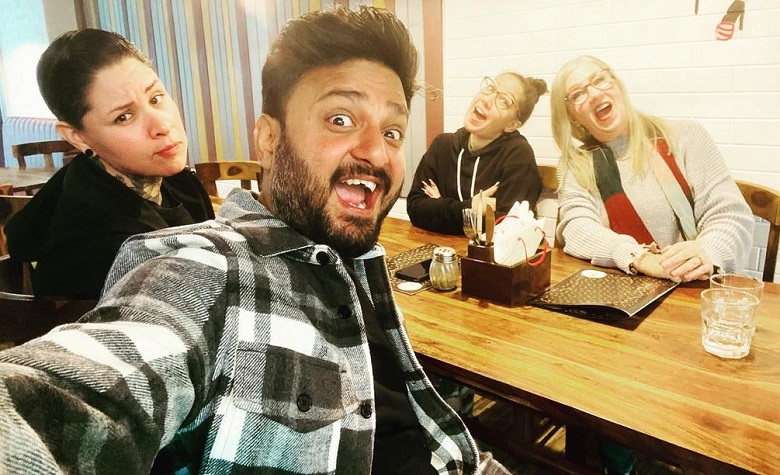 90 Day Fiance stars Jenny Slatten and Sumit Singh have been getting a lot of support from fans lately. Many are happy about how things have turned out for the married couple. It’s known that Jenny and Sumit went through tons of ups and downs in their relationship. Jenny struggled to win the approval of Sumit’s parents. However, the two defied all odds and are living happily. Now, Jenny is back to share another exciting update with the fans, leaving everyone in awe with a stunning picture with her daughter

The 90 Day Fiance star took to social media to share a stunning picture with her daughter, Christina, and her wife Jen. Sumit also had a blast spending time with Christina and Jen. Some fans also took to Jenny’s comment section to cheer for their happy family. Apparently, Christina and Jen flew to India to pay a visit to Sumit and Jenny. Fans love how Christina calls Sumit “pops,” showing that she already considers him a father figure. Christina pushed for Sumit to stand up for her mother in the hopes of getting accepted by his parents. Unfortunately, Sumit has been disowned by his family, and Jenny thinks that it’s nearly impossible for them to get along.

Some 90 Day Fiance fans were also left in awe with the reunion scene of Jenny Slatten and her daughter during the latest episode of Happily Ever After? Jenny couldn’t stop hugging Christina and Jen. Apparently, they haven’t seen each other for a long time. Due to this, there were a lot of emotions in the episode. Sumit Singh also cooked for Christina and Jen. It appears that they’ve been having fun traveling around India.

90 Day Fiance: Will Jenny Slatten & Sumit Singh Go To The US?

At this point, 90 Day Fiance star Jenny Slatten has yet to share major updates about their plans to go back to the U.S. Jenny previously revealed that it may still take some time before Sumit Singh gets his Visa. It appears that the two are preparing to settle where they are in India. They now have a business in India. According to Jenny, they have an online business where Sumit is a cook. It also appears that their salary from TLC played a huge role in their consecutive travels around India.

A flight to the U.S. is still on the table for Sumit and Jenny. Meanwhile, fans are hoping that Sumit will finally convince his family to accept Jenny and have a good relationship with her before they try to leave the country.