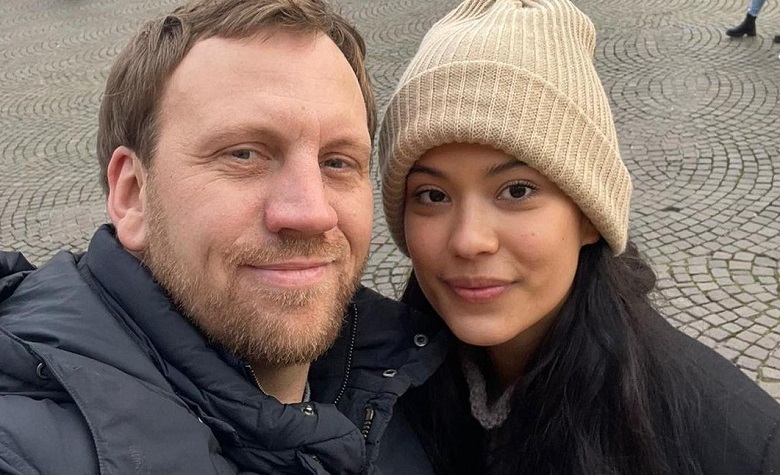 90 Day Fiance star Juliana Custodio has been sharing adorable pictures and clips with her newborn son, Benjamin, lately. The two have been spending a lot of time together while Ben Obscura is at work. Juliana made headlines recently after sharing her first long trip with Benjamin. Fans think that Juliana is having a blast as a mother and now she is back to share another update. This time, the update includes adorable clips and pictures from their recent trip to Verona, Italy.

In a social media post, 90 Day Fiance star Juliana Custodio shared clips and pictures from their trip to Verona, Italy. “Family,” Juliana captioned. It’s clear to see that Juliana and her family enjoyed Verona. Fans were left in awe by Benjamin’s photos. A few people pointed out that Benjamin is starting to look more like his father. “Oh my goodness! That’s the cutest baby!” one fan said. “What a cute and beautiful baby, wow! He has the same face as his father! blessings to the whole family,” another fan added.

Juliana Prepares To Get Back Into Modeling

Some 90 Day Fiance fans are impressed that Juliana Custodio is already preparing herself to get back into modeling. Apparently, Juliana has been a model for years, and it seems that she doesn’t have any plans of stopping, despite having a child. She recently took to social media to share a clip from her intense workout routines and the supplements she takes to maintain a healthy diet. At this point, Juliana has yet to share any upcoming projects regarding her modeling career. However, fans think she’s already looking camera ready.

90 Day Fiance: Juliana Custodio Continues To Hustle Outside Of Modeling

Aside from modeling, 90 Day Fiance star Juliana Custodio has been making extra income through the promotion of different brands. She recently took to social media to share stylish clothes from a popular brand. She’s been pairing up with companies that sell workout supplements as well. It’s clear to see that Juliana has a hardworking personality. Fans even called her “supermom,” due to her hardworking spirit, despite her busy life taking care of Benjamin.

On the other hand, Ben Obscura remains a mystery to many. Fans of 90 Day Fiance think he’s been doing great taking care of his family and many are amazed by his art gallery in Germany. However, he stays out of the spotlight, for the most part, these days. So, fans will have to keep up with Juliana to stay up-to-date. You can also come back to Entertainment Chronicle for all your TLC updates and news.