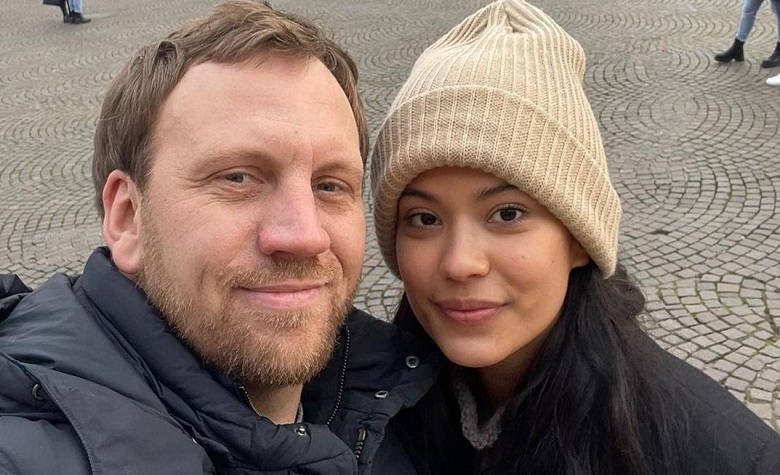 90 Day Fiance star Juliana Custodio loves to share pictures with her son, Benjamin. Most of the time, Juliana shares their mother-son bonding moments at home. Fans are also impressed that Juliana is already getting herself back to modeling months after giving birth to her first child. According to some, it just shows Juliana’s passion for the business and her hardworking personality. Now, she is back to share another update for the fans. This time, Juliana is sharing her adorable morning talks with her baby boy.

In a social media post, 90 Day Fiance star Juliana Custodio shared adorable clips from her morning talks with Benjamin. Fans were left in awe by Benjamin’s talkative personality. It’s clear to see that Juliana is relishing every moment she has with him. Juliana also shared a closer look at her son, who’s starting to look a lot like his father, Ben Obscura. Meanwhile, fans have been noticing that Juliana doesn’t usually post clips with Ben. However, some just think that he’s a busy person. There are also reports stating that he owns an art gallery in Germany.

90 Day Fiance star Juliana Custodio also took to social media to share a throwback picture of her son, Benjamin, 2 hours after he was born. Benjamin is already looking so big in the picture. But it seems that his size has doubled in just a couple of months. According to some, it’s a clear indication of Juliana’s incredible parenting. Fans also think that taking care of her ex-husband’s children back then gave Juliana enough experience to handle her own child.

At this point, 90 Day Fiance star Juliana Custodio is now living with her soon-to-be husband, Ben Obscura, in Germany. Juliana has also signed with Heidi Gross, a modeling management based in Hamburg. It’s clear to see that Juliana has already become successful shortly after moving to Germany. Fans are also praising Ben for supporting Juliana in her modeling career. Meanwhile, fans are hoping that Juliana and Ben’s journey to their marriage will be documented by TLC.

TLC has yet to confirm if they have plans on bringing back Juliana to the franchise. But with her growing popularity, fans think it’s highly possible for her to make a big TV comeback. Would you like to see her and her new family back on the TLC screen? Or are you over her and her storyline? Let us know in the comments.