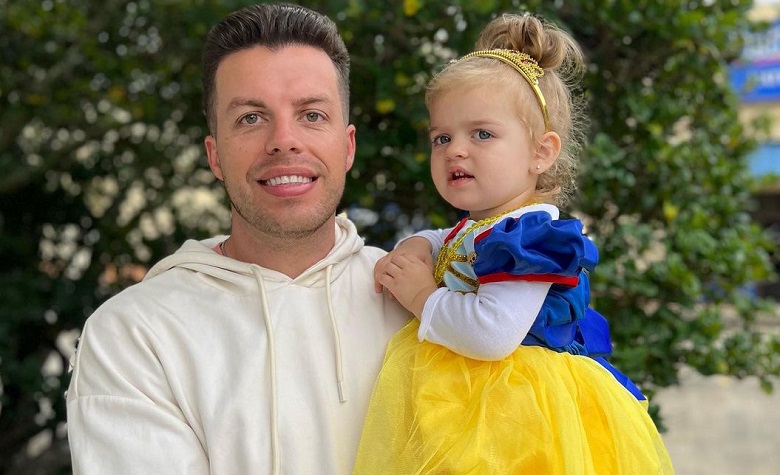 90 Day Fiance star Jovi Dufren has been one of the most successful TLC stars today. However, fans have seen his questionable behavior during his early days with Yara Zaya. He used to party and drink a lot back then which was an issue. But it seems that it’s no longer the case since Mylah’s arrival into his life. Fans have been praising Jovi for his incredible parenting as well. Most of the time, Jovi shares stunning photos with his daughter and wife, Now, Jovi is back to share another update for the fans. This time, Jovi talked about how his life changed compared to his 20s.

90 Day Fiance: Jovi Dufren Shares How His Life Changed Compared To His 20s

In a social media post, 90 Day Fiance star Jovi Dufren answered a question from a fan about the changes in his life compared to his 20s. According to Jovi, his daily routine has changed more than he could have thought. “Went from staying out till 5 am/sleeping all day to waking up at 7 am every morning with a child and a lot more responsibility,” he added. It’s clear to see that Mylah’s arrival brought big changes to Jovi’s life. Fans are also praising Jovi for his newfound maturity and for becoming such a responsible person, which is far from what he used to be.

90 Day Fiance star Jovi Dufren also opened up about his bigger wedding plans with Yara Zaya in Ukraine. According to Jovi, the plan has always been on the table. However, with the recent war in Ukraine, Jovi doubt that he and Yara will be able to do such a wedding anytime soon. “I know that’s Yara’s dream as we had a rushed/not well planned wedding without any of her family,” he added. Jovi also revealed that there’s a possibility for them to explore other options.

Jovi Dufren also answered a question regarding their plans to move to Dallas. According to Jovi, Dallas is still on the “very short list.” It appears that Jovi and Yara are on the verge of finally deciding on where they should move next. Jovi didn’t exactly reveal what are the choices on the list. But Jovi and Yara have already expressed their interest in Florida as well. Yara has also shown signs of wanting to stay in Los Angeles, especially since it fits their expensive lifestyle. However, fans think that Jovi wants to be more practical this time as Mylah starts to get bigger.

Meanwhile, fans are praising Jovi and Yara for working so hard for their family. Many are also hoping that the two will stick around the franchise for years to come and continue to share adorable updates about their daughter.