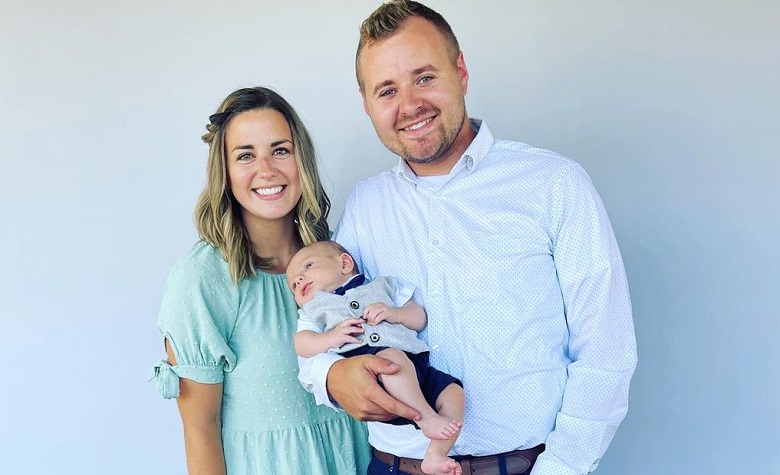 Counting On star Jed Duggar has been living his best life as a father to Truett. Most of the time, people can expect Jed to share adorable pictures with his son, but he recently took to YouTube to answer some of the most popular questions from his fans. He and his wife, Katey Nakatsu, for staying in touch despite all the controversy surrounding the Duggar family in recent months. Now, Jed is back to share another update about Truett for his fans.

In a social media post, Counting On star Jed Duggar shared an adorable picture of his son, Truett, as he turns 6 months. “Happy half birthday, Truett! How is our little man 6 months old already?? Every day with you is an absolute gift, Truett Oliver. We love you so much,” Jed captioned. Family and friends of Jed made comments about how fast time flies and how big Truett has become. Some also pointed out that Truett is starting to look like his father lately.

Counting On star Jed Duggar also made headlines after making a Q&A video with his wife, Katey Nakatsu, on YouTube. The two answered tons of questions, including the most popular ones. One of them is Katey’s thoughts on her experience of being in such a big family. According to Katey, being in a big family doesn’t really bother her. She revealed that she’s a people person, and she’s used to talking with everyone. It also appears that it’s one of the main reasons why Katey easily becomes so close with many of Jed’s siblings.

Counting On: Jed Duggar Shares How The Duggars Have Been Dealing With Josh’s Arrest

Counting On star Jed Duggar also acknowledged his brother Josh’s conviction in the latest Q&A video with Katey. Apparently, Jed answered a question about how the Duggar family has been doing since the arrest. According to Jed, they were saddened and devastated about what happened with Josh and all the horrible things he did. He also revealed that they’re trying their best to give love to one another and become a stronger family.

Jed’s parents, Jim Bob Duggar and Michelle Duggar have been silent on social media since Josh’s conviction. However, fans are not losing hope that they will eventually return and get back to posting wholesome content online.