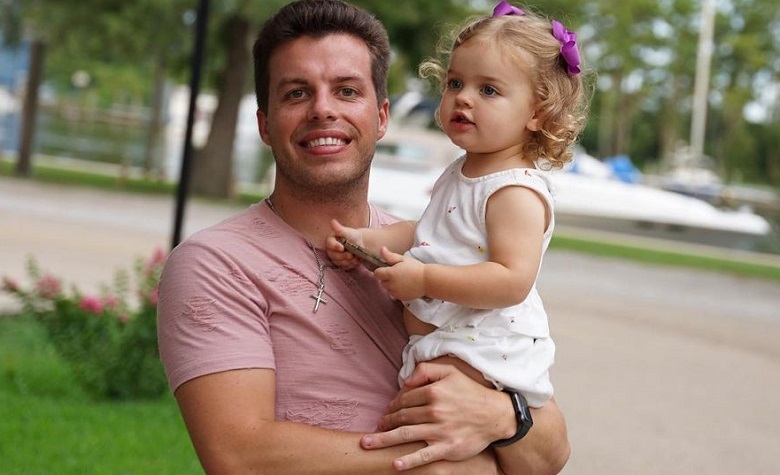 90 Day Fiance star Jovi Dufren has been keeping in touch with the fans as Season 7 of Happily Ever After? progresses. Most of the time, Jovi shares adorable pictures with his daughter, Mylah. Jovi also shared some pictures from his trip to Prague with Mylah and Yara Zaya. Aside from their trips, Jovi has been leaving fans in awe with his father-daughter bonding time with Mylah. Jovi even took to social media recently to share what Mylah dresses up for Halloween, and fans are loving it.

In a social media post, 90 Day Fiance star Jovi Dufren shared an adorable picture of Mylah as she dresses up for Halloween. Apparently, Mylah dressed up as a Disney princess. “Halloween Princess ready to take on her day,” Jovi captioned. Jovi has yet to share clips and pictures from Mylah’s day wearing her costume. Meanwhile, fans took to Jovi’s comment section to talk about Mylah’s adorable Halloween attire. “This kid is absolutely beautiful,” one fan said. “Oh my goodness your little daughter is adorable I am growing up so quickly!” another fan added. It also appears that fans have already decided on a winner when it comes to who looks more like Mylah. According to the majority of commenters, Mylah is starting to look more like her father.

90 Day Fiance star Yara Zaya also took to social media to share more pictures from their trip to Prague. “Prague, finally. It was a long 2.5 years. Have you already watched new episode?” Yara said. Meanwhile, some fans are hoping that Yara and Jovi will finally figure things out in the upcoming episodes of Happily Ever After? Apparently, Jovi is starting to get worried as Yara continues to show signs of wanting to stay in Prague.

Fans also adore how Mylah has her own social media page. It is already filled with her adorable pictures and clips. The most recent post on Mylah’s page features their family picnic day. Fans also love how Mylah has become more stylish lately, and fans think it’s due to her mother, Yara. Many also believe that Yara’s incredible fashion resulted in the big success of her own makeup line.

It’s clear to see that Jovi and Yara are one of the most successful TLC couples today. Fans are also hoping that the two will still be around long after Season 7 of 90 Day Fiance: Happily Ever After? Would you like to see more of them? Let us know in the comments.