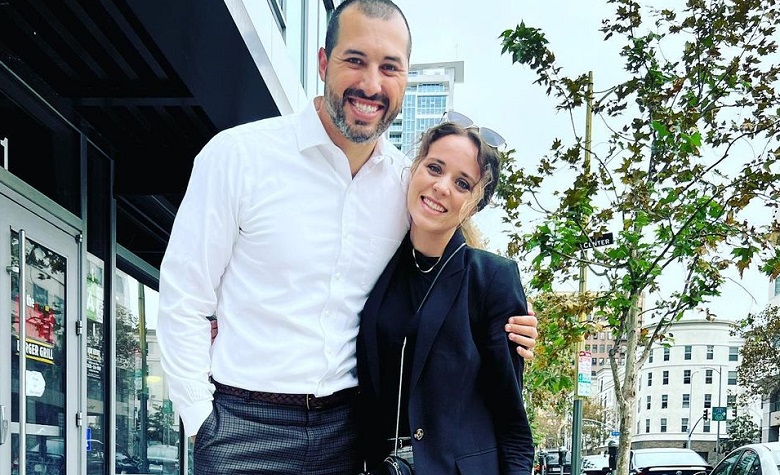 Counting On star Jinger Duggar loves to share her incredible lifestyle in Los Angeles with Jeremy Vuolo. Most of the time, the two travels around L.A and spend a lot of time with their friends. It also appears that Jinger has fully adapted to the modern lifestyle in L.A, which is far from what she used to have in Arkansas. It also appears that Jinger is no longer following some of her family’s beliefs, especially when it comes to clothing. Now, fans found out that Jinger is writing another book, and it may be the book everyone is waiting for.

Counting On: Jinger Duggar Writing A Book To Expose The Duggars?

Counting On fans from Reddit shared their thoughts on the upcoming book of Jinger Duggar titled, Becoming Free Indeed. The book’s description states that it will focus on Jinger questioning the harmful ideology of her youth and learning to embrace the true freedom in Christ. It also revealed how a brother-in-law of Jinger, who didn’t grow up in the Duggar family’s conservative circle, will play a big role in her realization that her life was built on rules, not God’s Word. According to some, it appears that Jinger will try to expose the Duggar family’s IBLP Religion, and some believe that it may affect Jim Bob Duggar and Michelle Duggar’s reputation.

Will Jinger Go Against Her Family?

Counting On fans are also wondering if Jinger has intentions of going against her family with her upcoming book. Yet, some doubt it and said that the book may only focus on her questions regarding her family’s controversial religion. Apparently, fans have seen Jinger’s strong relationship with some of her siblings in recent months. Michelle Duggar even paid her a visit to Los Angeles earlier this year, showing that they’re still in touch. Some also noticed that the Duggars are starting to accept the big changes in Jinger’s lifestyle, as they continue to show love and support for her on social media.

Counting On fans also think Jinger Duggar’s recent success might get affected if she tries to go against her family. Apparently, Jinger has been doing well with her vlogs and cooking shows on YouTube, and trying to create a feud with her family might push away her audience. At this point, Jinger has yet to share major updates about her upcoming book. But fans think it’s going to be a big hit similar to her recently released books.

It’s clear to see that Jinger has been experimenting with a lot of things over the past few months. Fans are also hoping that she and Jeremy Vuolo will soon return to their podcast sessions on social media. What would you like to see from Jinger? Let us know in the comments.