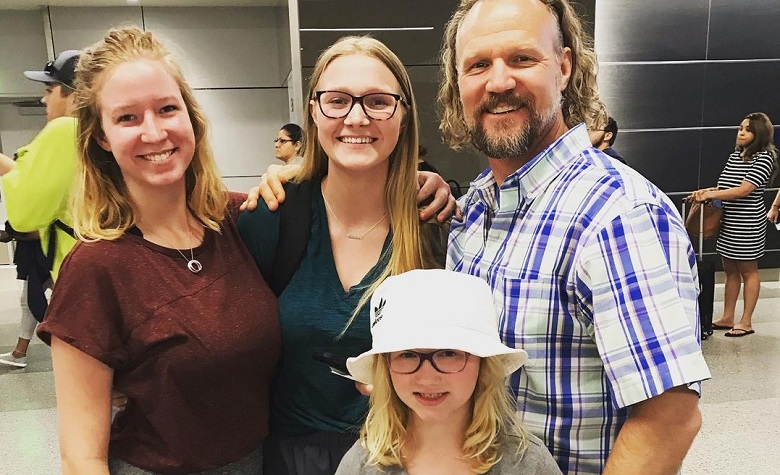 Sister Wives star Kody Brown has been receiving a lot of criticism for mistreating his wives over the years. Things are only getting worse during Season 17. According to some, it seems that the wives are finally aware of his antics and are exposing him. Now, TLC released a new clip showing Kody’s questionable mindset toward his kids, especially Ysabel Brown.

Sister Wives: Kody Brown Slammed For This Mindset Towards Kids

TLC took to social media to release a new clip from Sister Wives Season 17 showing Kody Brown’s Zoom call with the wives regarding his visitations. However, the conversation quickly turned to how Kody will pay a visit to Ysabel Brown. Apparently, all the wives have been throwing suggestions at how Kody can visit Ysabel, but he kept making excuses and appeared uninterested in actually going.

He went on to say that it’s an “inconvenience” for him to do such things, which raised a lot of eyebrows. “Everything is an inconvenience for just him,” one fan said. “He’s the adult! he should put in the effort to make sure he spends time with ALL the kids that are local,” another person added to the conversation.

Fans Think Kody Has Been Unfair To Ysabel

Sister Wives fans also think that Kody has been so unfair towards Ysabel Brown for years. Apparently, some fans recalled the time when Kody refused to go be by his daughter’s side for Ysabel’s back surgery in New Jersey.

Ysabel has also expressed her disappointment in Kody for not being on her side during one of the scariest moments in her life. Many fans believe Kody’s lack of attention towards his kids also fueled Christine’s desire to leave.

Sister Wives fans think that Kody Brown only prefers to spend time with Robyn and her kids. There are also reports stating that Kody has been with Robyn almost every day, looking more like a monogamous couple.

At this point, Kody has yet to share his plans for his kids as they continue to struggle in Flagstaff. It seems viewers are no longer expecting anything from him, based on the way he acted when it came to visiting Ysabel Brown.

It isn’t likely that Kody Brown will be able to turn this situation around. Things have been bad in the family for a while. Season 17 has already posed several challenges for him and episode four is expected to only bring more.

Stay up to date with Sister Wives and all of your favorite TLC shows here on Entertainment Chronicle.