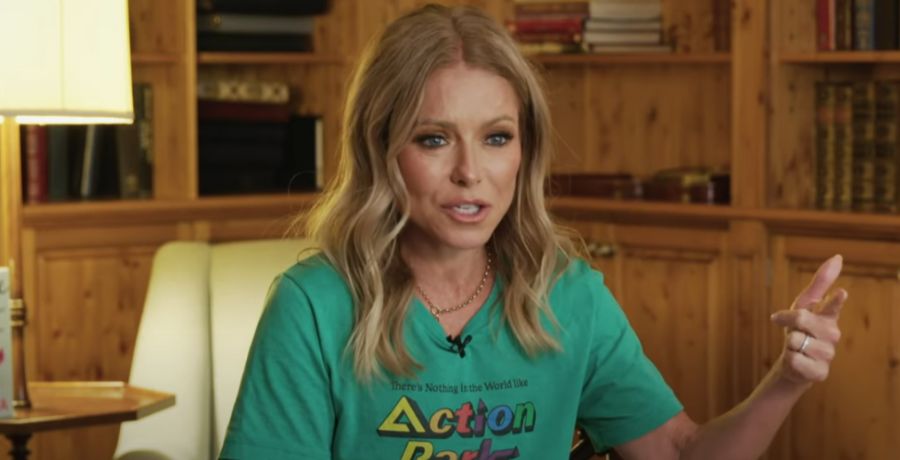 Kelly Ripa has revealed more about her upcoming memoir and it seems the talk show host has snubbed her former friend and colleague, Michael Strahan. The pair worked together for a few years and seemed close on camera, but her memoir suggests differently. Keep reading to find out what she had to say about Michael.

Ripa’s book, Live Wire: Long Winded Short Stories, comes out today – September 27, 2022. She has been making her rounds to discuss the memoir with a number of publications and media outlets. In a conversation with People magazine, Kelly talked about different individuals she mentions in the book. 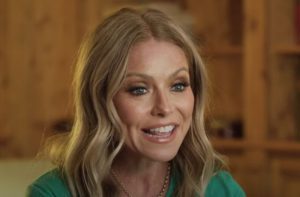 Of course, Kelly Ripa had to give a nod to Regis Philbin, who she kickstarted her daytime hosting career with. After his death, Kelly took the reigns of Live with Kelly and went on the search for a new co-host.

Fans of Kelly Ripa know that Ryan Seacrest now fills the second seat on Live with Kelly and Ryan. However, before he was chosen for the role, Kelly tested out a number of other potential partners. One of them was Michael Strahan. 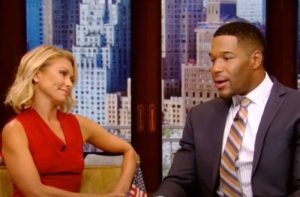 Strahan and Ripa seemed to be the best of friends on camera. The pair enjoyed working together and many viewers liked watching them host together. Despite that, Strahan left Live unexpectedly to join the cast at Good Morning America.

At the time, Ripa was reportedly hurt by Strahan’s decision to leave. Michael did not approach her with the news himself. Instead, Kelly found out about his departure alongside the media. After finding out, she took several days off to process everything.

Michael Strahan simply said that he never felt like he was part of the team on Live. Kelly admittedly felt blindsided by it and said that she was furious with him. That hurt translated into her memoir because she failed to mention Strahan at all, despite working with him on the show for four years.

As if not mentioning him wasn’t enough of a snub. Kelly goes on to talk about what has led to the success of her show with Ryan Seacrest. The pair have chemistry that fans love. 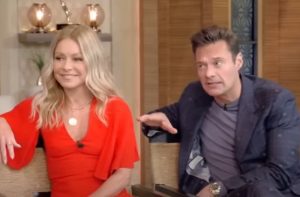 According to Kelly, the secret to that on-camera chemistry is friendship. Before working together, Kelly and Ryan were friends. They’ve known each other for more than 20 years, and trust and admire one another.

Talking about how working with friends has led to her success may have been another jab at Michael Strahan or it may simply be the truth. Kelly Ripa is known for being down-to-earth and real. There may have been no shade intended. What do you think? Let us know in the comments! 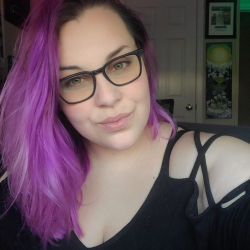