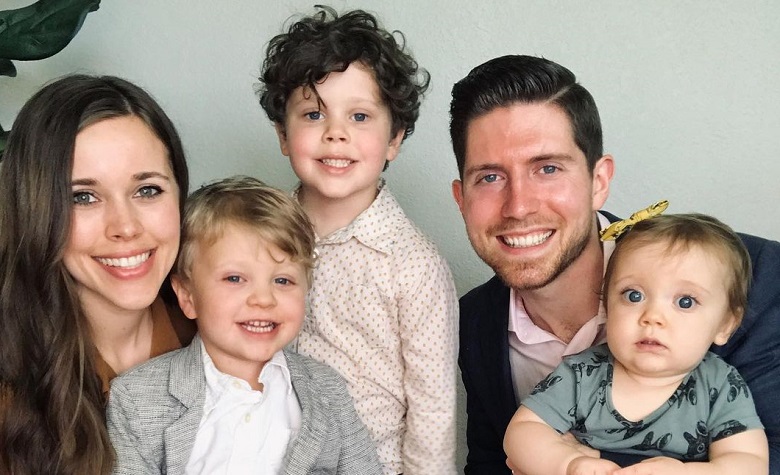 Counting On star Jessa Duggar has been keeping in touch with the fans lately. Most of the time, Jessa shares adorable updates about her kids. Fans are also glad that Jessa is no longer busy after finally settling down to their fixer-upper. She even took YouTube recently to share a tour of their new house. Now, Jessa is back to share another update for the fans. This time, Jessa shares her adorable hiking day with her son, Henry.

In a social media post, Counting On star Jessa Duggar shared an adorable picture from her recent hiking day with Henry. “He held my hand, then scampered off to explore the trail ahead of us, then came back and found my hand again and strolled along beside me,” Jessa said. “My heart melts and I want to freeze time,” she added. It’s clear to see that Jessa is enjoying her life with the kids. Fans are also glad that Jessa and her family are finally enjoying their lives again after all the recent controversies of the Duggars.

Counting On star Jessa Duggar also took social media to share that she has come up with a new household rule. Apparently, Jessa caught Henry and Gideon doing dangerous things in their house. Due to this, she had no other choice but to implement a new rule. “New Seewald house rule: No stacking anything on top of anything and then standing on top of the second anything,” Jessa said. Some fans also took Jessa’s comment section to talk about Jessa’s adorable household rule. Jessa herself even finds her rule hilarious. “What’s the funniest/wildest rule you’ve ever found yourself having to make for your kiddos?” she added.

Counting On: Jessa Duggar Shares Adorable Clip Of How Fern Wakes Up

Counting On star Jessa Duggar also left the fans in awe with Fern’s adorable clip. The mama bear shared a clip of Fern in a good mood after waking up. Later in the clip, Fern went back and forth to the mirror checking herself, especially her outfit. “Second-guessing your life decisions,” Jessa captioned. Fern’s adorable clip caught the hearts of many. “What a cutie!” one fan said. “This is just the cutest thing,” another fan added.

It’s clear to see that Jessa having so much fun spending time with her kids. Due to this, fans can expect more adorable stories from Jessa and her children in the coming days.