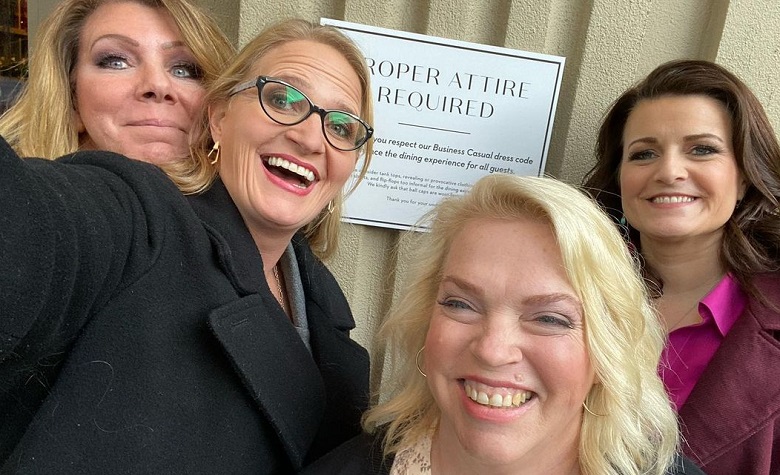 Sister Wives stars Christine Brown and Kody Brown have been making headlines due to their one-on-one conversation. Apparently, Christine has finally expressed her discontent towards Kody. She’s been trying to prove a point that Kody no longer treats her like a wife. However, instead of making things better, Kody appears to be blaming Christine for his loss of interest in the plural family as well. He even shocked the fans after revealing that he hasn’t been attracted to Christine even during their wedding. Now, fans are starting to speculate what’s next in the plural family after the heated conversation between the two.

Sister Wives fans took Reddit to discuss what’s the next big thing going to happen in the plural family after Kody Brown and Christine Brown’s conversation.

“So now what? Will the producers make Meri and Janelle and Robyn react to that? Will TLC finally press them for their actual opinions on that explicit statement?” one person said.

Others agree and said a reaction from Meri and Janelle Brown would be a good idea. Apparently, Meri and Janelle have expressed their frustration towards Kody. Fans think an interview on the two might be the key for Kody to finally change his ways and treat his family equally. However, others think that it’s too late as the other wives are starting to branch out and live their lives on their own.

Sister Wives fans are hoping that Robyn Brown will open up about Christine and Kody’s conversation, especially regarding Kody’s favoritism toward her. According to some, it would be interesting to hear Robyn’s thoughts on the wives being aware of her unfair relationship with Kody. Meanwhile, some doubt that Robyn will talk about such things. She’s been showing concerns about her plural family in the first episode as well. Of course, some feel bad for Robyn for being in such a difficult spot.

What To Expect In Episode 2?

TLC has already released a description for the second episode of Sister Wives Season 17. According to TLC, the second episode will focus on Janelle Brown’s household fighting Covid-19. It’s also said that Ysabel Brown has a piece of exciting news about her future. TLC revealed that Christine will finally reveal her plans on moving to Salte Lake City. Due to this, fans can expect a little bit of everything in the second episode compared to the first.

It’s clear to see that the plural family has been facing tons of problems since moving to Flagstaff. Will Kody still continue his ambitious housing project with Christine’s departure?