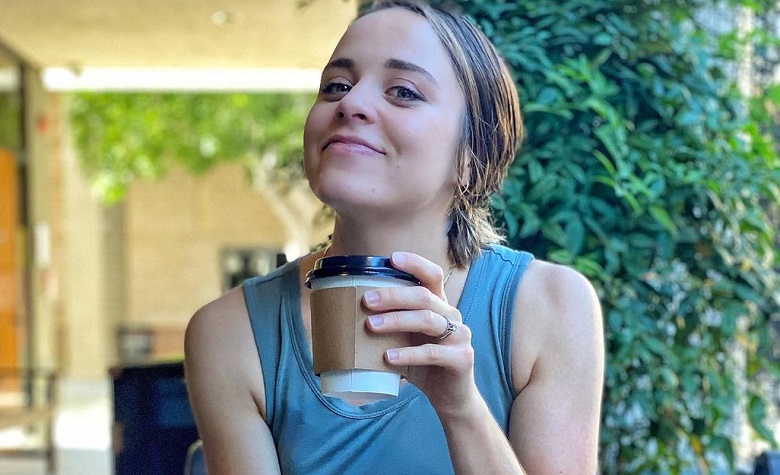 Counting On star Jeremy Vuolo loves to share exciting updates about his family on social media. Most of the time, Jeremy shares his road trips with Jinger Duggar. Fans are also praising Jeremy for his efforts in making unforgettable memories with Jinger and their kids. Fans also think that Jinger and Jeremy have been living their best lives since moving to Los Angeles. Aside from writing books and doing podcasts, the two have been vlogging, as well. Now, Jeremy is back to share another update for the fans. This time, Jeremy shares an adorable clip of Jinger during their recent outdoor fun time.

In a social media post, Counting On star Jeremy Vuolo shared an adorable clip of his wife, Jinger Duggar, from their recent road trip. “This girl @jingervuolo,” Jeremy captioned. It’s unclear what was in Jinger’s paper bag. Even Jill Duggar was intrigued and took the comment section to ask Jinger. “Haha but what was in the bag?!” Jill said. Meanwhile, fans believe that it’s most likely food. Some fans also left positive messages for Jinger and Jeremy in the comment section. According to some, they’re glad to see Jinger and Jeremy enjoying their lives in Los Angeles amid all the controversies of the Duggar family since Josh Duggar’s CSAM arrest.

Counting On star Jeremy Vuolo also took social media to share a clip of Jinger in her stunning Sunday outfit. “Sunday afternoons,” Jeremy captioned. It’s clear to see how proud Jeremy is of his wife. Noticeably, he’s been sharing stunning clips of Jinger over the past few months. Fans also noticed Jinger’s stunning looks, and some believe that her big glow-up is due to her new life in Los Angeles. Some also noticed Jinger’s expensive watch. According to some, Jinger appears to be wearing a Submariner Rolex, which goes around $9k to $10k. However, others think that Jinger can wear such things as they’re financially stable in L.A.

Counting On: When Is Jinger Duggar’s Next Vlog?

At this point, Jinger has yet to share why is going to be her next vlog. It’s been quite some time since Jinger released a new vlog. Apparently, she revealed that vlogging is going to be her next big project. She also took YouTube several days ago to do a cooking show. According to some, it seems that Jinger is becoming more active on YouTube lately. She’s been getting a lot of viewers as well, and some think that she could easily succeed in vlogging and other creative videos.

It’s clear to see that Jinger is living her best life since moving to Los Angeles. Fans are also hoping that Jinger will inspire some of her siblings to continue living their lives while also following the family’s beliefs.