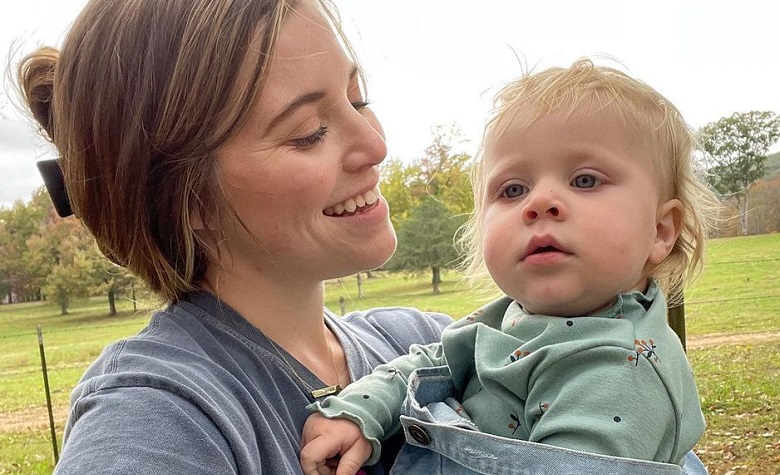 Counting On star Joy-Anna Duggar has been keeping in touch with the fans lately. Most of the time, Joy-Anna shared adorable clips with her kids. Recently, Joy-Anna shared a clip from Gideon and Evelyn’s playtime in their mini mud house. Fans are also praising Joy-Anna for making such fun memories with her kids. Now, Joy-Anna is back to share another update. This time, she is sharing how serious she is with parenting and how Austin Forsyth helped her grow even more when it comes to being a mother.

Counting On: Joy-Anna Duggar Shares How Serious She Is With Parenting

In a social media post, Counting On star Joy-Anna Duggar shared how serious she is with parenting. According to Joy-Anna, there was a time when she was crying to Austin Forsyth as she struggles on becoming a good mother. Joy-Anna also said that she was so eager to do better and give Gideon and Evelyn a happy childhood. However, Austin enlightened Joy-Anna by telling her that it’s not her job to create a perfect life for her kids.

Austin also told Joy-Anna that being a mother for Gideon and Evelyn is enough for them to be happy. Joy-Anna also revealed that Austin told her to be with the kids during the good and bad times in their lives. “I feel like every few weeks I have to stop, refocus, be purposeful in loving and parenting my kids, and thank God for this BeAuTiFuL life he has given me with my husband and children,” Joy-Anna added.

Where Is Austin Forsyth Now?

Counting On star Joy-Anna Duggar has yet to share major updates regarding Austin Forsyth. However, she previously revealed that she and Austin have been busy with their housing projects. It appears that Austin’s construction career is becoming more successful lately. Fans also think that it’s one of the main reasons why Austin wasn’t able to fly with Joy-Anna and their kids to Tennessee several days ago.

Counting On: Is Gideon’s Speech Therapy Over?

Counting On fans are also curious if Gideon’s speech therapy is over. It’s been quite some time since Joy-Anna last shared an update about her son’s therapy. Apparently, Joy-Anna previously revealed that Gideon is having difficulties with speaking and comprehension, which is somehow unusual for his age. Families and friends also showed support to Joy-Anna during the time she revealed Gideon’s condition. But it seems that everything is going well with her son lately. Joy-Anna has been sharing clips of her talking to Gideon as well, and fans think that he has improved a lot.

It’s clear to see that Joy-Anna is doing her best to be a good parent to Gideon and Evelyn. Meanwhile, some are hoping that Joy-Anna will return to her vlogging and share a deeper dive into Gideon’s therapy.