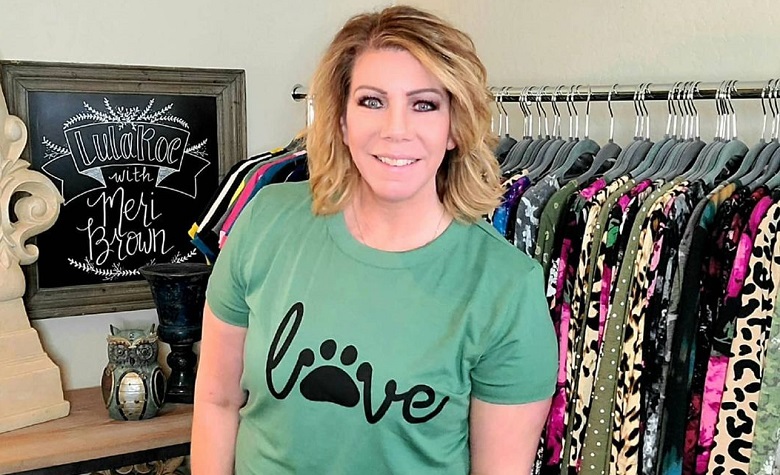 Sister Wives star Meri Brown has been one of the most active wives of Kody Brown on social media lately. Most of the time, Meri shares cryptic quotes that talk about dealing with struggles in life. According to some, it clearly indicates Meri’s relationship issues with Kody. She also loves to share pictures from her recent adventures with her friends. Now, Meri is back to share another update for the fans. This time, Meri is sharing her “epic week” with her business partners from LuLaRoe.

In a social media post, Sister Wives star Meri Brown shared a picture with her business partners from LuLaRoe during their recent gathering in Denver. According to Meri, they were trained by business strategist, Danelle Delgado. “Listen, when you raise your gaze, when you set those goals when you hang out with the peeps that lift you up, and when you get to be trained by the one and only @danelledelgado then truly amazing moments will happen! I promise!” Meri added. It appears that Meri and her friends have been in Denver for quite some time now. It’s unclear if she’s done filming for Season 17. But fans are hoping that she and her plural family will make it through one of the hardest years in their lives, especially with Christine Brown wanting to leave.

The mom of one also took social media to share an adorable picture with her dog, Mosby. “When in Denver…. I mean, this is a no-brainer! Need I say more??” Meri said. It appears that Meri brought her dog to Denver. It’s been quite some time since fans last saw Meri’s dog as well. Due to this, many are happy to see him again. “Mosby looks happy to see his Grandma @therealmeribrown,” one fan said. “Moseby!! I bet your fur grand babies missed you!!” another fan added.

Sister Wives: Nobody In The Family Supports Meri Brown

Sister Wives fans also noticed that nobody in the plural family supports Meri and her strong relationship with LuLaRoe. According to some, it clearly shows that Meri is the only one left in the family that has a good connection with the company. It’s unclear why the other wives stopped promoting LuLaRoe. But fans believe it’s a hint that all of them are starting to find different ways to make money on their own.

Meanwhile, Meri has yet to talk about Kody Brown and the other wives on social media. She’s been avoiding questions about her plural family as well, and fans think they’re still struggling behind the cameras. Find out what happens when the new season of Sister Wives begins September 11 on TLC.