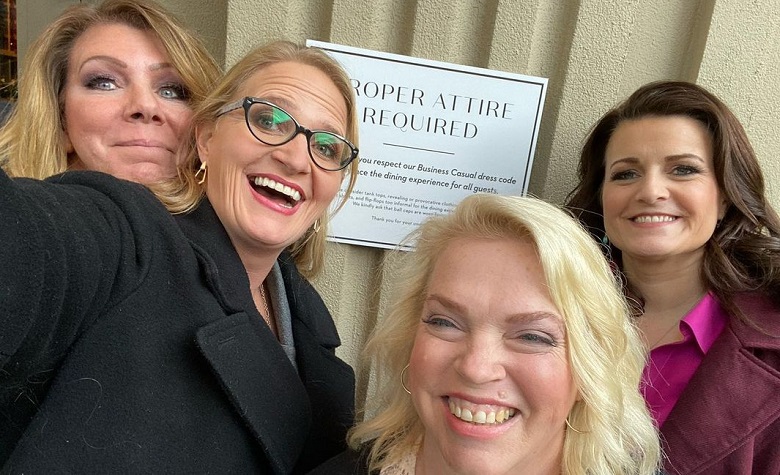 Sister Wives fans have seen the struggles of the plural family throughout the years. Fans also think that things only got worse for them during the recent seasons. TLC also revealed that everything is still falling apart in the upcoming season. Many believe that Kody is the one to blame for the never-ending struggles of the family. Some also think that his favoritism towards Robyn Brown has been hurting the other wives. However, it seems that nobody in the family dares to question Kody’s behavior.

Sister Wives fans took Reddit to discuss why nobody in the plural family dares to question Kody’s behavior. Apparently, Kody has broken the hearts of his wives many times due to his poor decision makings. Fans have also seen him mistreating his wives and children. At one point, Kody broke the hearts of everyone after deciding not to go with his daughter, Ysabel, to New Jersey for her scoliosis surgery. He’s been cold toward his wives as well, especially Meri Brown.

According to some, it seems that Kody doesn’t want his plural family to question him even if he’s on the wrong side. “I mean look at that one “therapy” session he had with Meri. “I’m not up for any criticism today”. Who says that in therapy?” one person said. “He also thinks he is an alpha male, church leader, leader of the family, head of the house, everything so he can’t be wrong if he holds all the controlling titles in a family,” another person added.

Sister Wives fans are also calling out Kody for his controversial behavior during the latest teaser for Season 17. Apparently, Kody showed his frustration by shouting at his wives, especially when finding out that Christine Brown wants to leave. However, some think Kody is the root cause of the problems. “As if he didn’t completely cause this himself. I’m so glad Christine figured it out and left,” one person said. Others agree and said that Kody is only exposing himself by acting like a victim despite causing tons of problems in the family.

Sister Wives: Will Christine Brown Encourage The Other Wives?

Sister Wives fans are also hoping that Christine’s departure will be the wake-up call for the other wives to leave Kody. According to some, Meri Brown and Janelle Brown deserve a much better life. Meri has been showing signs of frustration towards Kody as well. It also appears that most of her cryptic quotes on social media depict her struggling relationship with Kody. Meanwhile, Janelle revealed in the latest teaser that Kody is no longer acting as her husband.

There are reports stating that Kody has been living with Robyn Brown every day. Will Kody finally change his ways and start treating everyone equally in the upcoming season? Let us know your thoughts and watch the new season on September 11 on TLC.