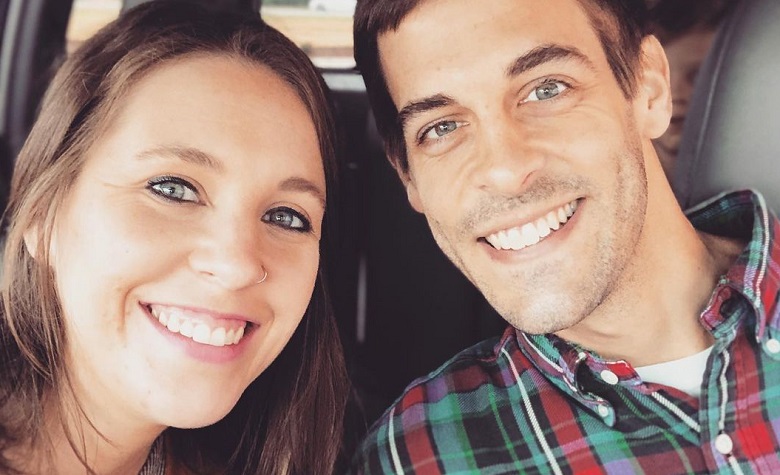 Counting On star Jill Duggar loves to share adorable pictures of her kids on social media. Recently, Jill left the fans in awe after sharing a picture of Frederick as he turned 1-month-old. Fans are also amazed by how Frederick looks so similar to his father, Derick Dillard when he was still a baby. Due to this, fans are already expecting that Frederick will look more like his father as he grows. Now, Jill is back to share another update for the fans. This time, Jill shares Derick and Israel’s busy day working in their yard.

In a social media post, Counting On star Jill Duggar shared a picture of Israel and Derick Dillard working in their yard. Jill also revealed that Frederick is looking after her father and big brother through the window. “Just keeping an eye on papa and big bro doing the yard work this past weekend,” Jill captioned. It’s clear to see that Jill and her family are happy and satisfied with their new home. Fans also took Jill’s comment section to praise her efforts in taking good care of Frederick.

“Love seeing you with a baby in your arms again. You are the best mama,” one fan said. “Love how you have him by the window getting sunshine and watching daddy and his brother,” another fan added. It’s unclear what Derick and Israel are working on in their yard. But fans think it has to do something with the kids’ playground and Jill’s mini garden.

Counting On fans are also glad to finally see Jill’s dog, Fenna, after a long time. It even resulted in speculations that Jill returned Fenna to the shelter due to her long online absence. Meanwhile, some fans took Jill’s comment section to talk about her adorable dog. “Aw, I spy Fenna! Love seeing her in your posts,” one fan said. “So cute!! How is your sweet pup doing?” another fan added. At this point, Jill has yet to talk about her dog on social media. But fans think that Fenna is doing well. Others also believe that the family has already adjusted to their new home.

Counting On fans also took the opportunity to ask Jill in her latest post for more tours in their new home. Apparently, it’s been quite some time since Jill last posted pictures inside their home. Fans also think there’s been a lot of changes after Jill and Derick Dillard finished unpacking and decorating. “Any chance of a new house tour coming up or keeping it private?” one fan asked. At this point, Jill has yet to share if she’s going to share more pictures from their new home. But fans think it’s highly possible due to Jill’s recent online activities.

It’s clear to see that Jill is now living her best life with her newborn son, Frederick. Fans are also hoping that Frederick’s arrival will create a bridge for Jill and her parents to finally reconcile.