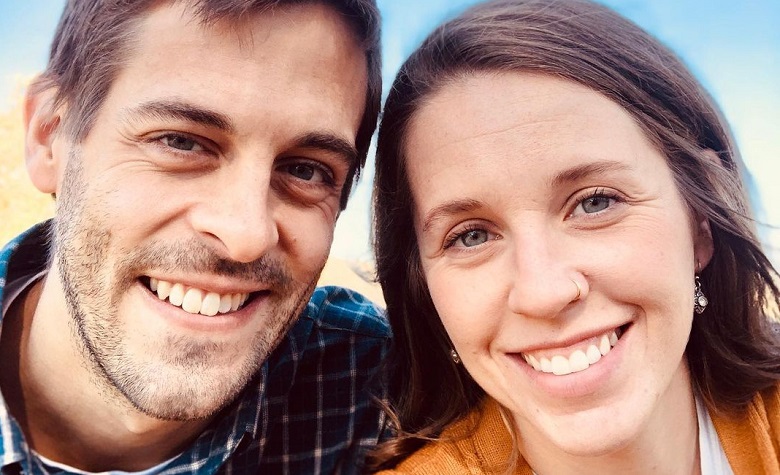 Counting On star Jill Duggar has been keeping in touch with the fans lately. Most of the time, Jill shares adorable pictures of her son, Frederick. Fans are also glad that Jill is sharing tons of updates about her family amid the recent controversies of the Duggar family. However, it seems that Jill no longer wants to think about the negativities surrounding the Duggars. Instead, she’s been spending most of her time with her sons. Now, Jill is back to share another update for the fans. This time, Jill compares all of her kids’ baby photos and fans are loving it.

In a social media post, Counting On star Jill Duggar shared baby pictures of her three sons. Fans also find it adorable that the three wore the same shirt. It also appears that Sam, Israel, and Fredrick look so similar to each other when they were still newborns. Meanwhile, fans think that most of Jill’s sons have inherited a lot from their father’s look. Aside from the photo of the three siblings, Jill also took social media to share that Israel once look so much like her when he was still a baby. But rapidly turned into Derick Dillard as he gets bigger.

Jill also compared her and Derick Dillard’s baby pictures to their newborn son, Frederick. According to Jill, it’s already clear that Frederick looks a lot like his father. “Personally I think he has a lot of Dillard features with a few Duggar ones mixed in there too. But I think he looks more like Derick than me right now,” Jill said. It also appears that fans agree with Jill. Some even took one of her social media posts to talk about Frederick’s similarities to his father. “He’s so cute I think he looks like his dad,” one fan said. “Oh Jill he’s so precious and definitely a little Dillard,” another fan added.

Jill also took social media to celebrate Frederick’s 1st month. According to Jill, Frederick is starting to gain weight and she’s happy about it. “Yesterday, Frederick celebrated 1 month being on this side of the womb & he weighed in at 9lbs. 1oz,” Jill said. “He was born weighing 7lbs. 6oz. And has now almost caught up to big brother’s birth weights…9lbs 10oz,” she added. Fans also took the opportunity to cheer for Jill and her growing family. “WHOO HOO! Grow, Frederick, grow!” one fan said. “Congratulations sweet, sweet Jill! Little Freddy is a month old time is flying,” another fan added.

It’s clear to see that Jill is now living her best life with her growing family. It also appears that the controversies of the Duggar family are no longer affecting her as she continues to focus on her adorable children.