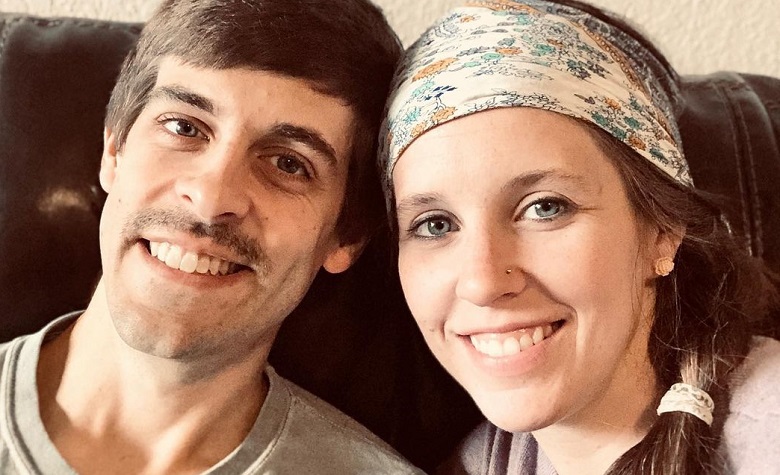 Counting On star Jill Duggar has been sharing updates about her family lately. Most of the time, Jill shares adorable pictures with her kids. It also appears that things are finally back to normal in Jill’s world. Apparently, Jill and Derick Dillard have been busy over the past few weeks due to their move and the arrival of Frederick. Fans are also praising Jill for keeping in touch with them. She even took social media recently to leave the fans in awe after sharing an adorable picture of her newborn son.

Counting On: Jill Duggar Leaves Fans In Awe With Latest Pic Of Frederick

In a social media post, Counting On star Jill Duggar shared a picture of her newborn son, Frederick. “Thankful for the #littleblessings in life!” Jill captioned. Frederick’s picture also captured the hearts of many. Some even took Jill’s comment section to talk about how adorable he looks. “Jill, Freddy is adorable. Perfect in every way. You did good little mama,” one fan said. “Omgoodness!!!! Look at those little old man knees,” another fan added. Meanwhile, some think that Fredick looks a lot like his big brother, Sam, while others think that he looks more like his father, Derick Dillard.

At this point, Jill has yet to share if Jim Bob and Michelle Duggar have already paid a visit to their newborn grandson, Frederick. Some fans doubt that Jim Bob and Michelle have seen Frederick in person due to Jill’s estrangement from the Duggars. Despite Jessa Duggar saying that Jill still has the family’s support, fans think that their parents will never acknowledge her newborn son.

Counting On: What’s Next For Jill Duggar?

Counting On fans have been wondering what’s next for Jill Duggar after the arrival of Frederick. According to some, it’s possible that Jill will focus more on her growing family. It also appears that she’s now busier due to Derick Dillard’s new job. Meanwhile, fans are still speculating if Derick is still working on the tell-all book against the Duggars. But fans think that it would just make things worse between Jill and her parents.

On the other hand, Jill’s cousin, Amy Duggar King, has been trying her best to shade the Duggar family over the past few months. It also appears that she’s been the only relative willing to leave a sweet comment on each of Jill’s posts about her kids.

What do you think of the new addition? Let us know in the comments.