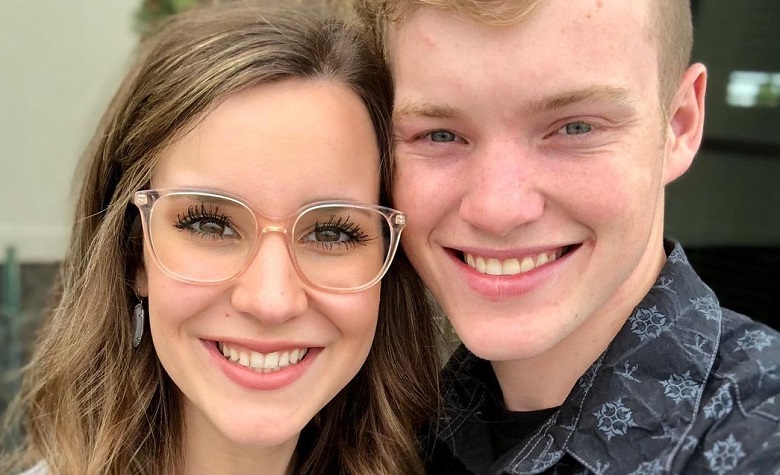 Counting On star Justin Duggar has been silent on social media lately. There are reports stating that Justin and his wife, Claire Spivey, have been busy living their lives in Texas. It’s also reported that Justin is currently working with the Spivey family’s construction business in Texas, where Claire also works as a secretary. Fans also think that Justin has been wanting to move to Texas with his wife. However, some questioned it as it seems that Justin is still living like a Duggar despite being from Arkansas.

Counting On fans took Reddit to discuss Justin Duggar’s decision on moving to Texas with Claire Spivey. According to some, it’s clear that Justin wants to escape his strict Arkansas lifestyle. However, fans think that things are still the same with the Spivey family in Texas. “This is one of many scenarios that don’t make any sense. They “moved” to be near her family but the reality is Justin escaped the Duggar compound. But the Spivey’s are just as IBLP,” one person said. At this point, Justin has yet to share any updates about his life with Claire in Texas. But fans think Justin has been avoiding the online world after his controversial picture raising two thumbs up after one of Josh Duggar’s trials.

Counting On fans also noticed that Justin is trying to live a different life. It appears Justin has been defying some of the Duggar family’s traditions, especially when it comes to women. One of which is allowing Claire to wear pants and shorts more often. It also appears that the two are no longer following their religious tradition of having a lot of children right after getting married. At this point, Justin and Claire have yet to share if they’re already expecting their first child. Yet, some doubt it and said that the two appear to be busy saving money before starting a family.

Justin took social media last month to share his latest achievement with Claire. Apparently, the two purchased a new pickup truck. Fans also think that it’s a good investment as Justin can use the pickup for his construction career. Justin and Claire have yet to share new pictures with their new car. However, fans are happy that they’ve been successful with their lives lately.

It’s clear to see that Justin and Claire’s lives changed a lot since moving to Texas. Fans also think that Justin no longer has plans on going back to his controversial family in Arkansas.