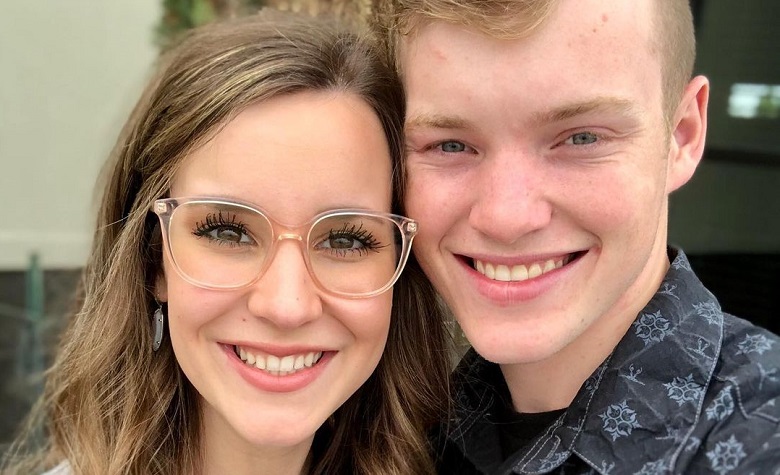 Counting On fans have been keeping their eyes close to Justin Duggar and Claire Spivey over the past few months. Apparently, fans are waiting for a possible pregnancy announcement from the two. According to some, it’s unusual for a married Duggar to have no kids such a long time after getting married. However, it seems that Justin and Claire have different plans in mind. Justin even took to social media recently to share one of their biggest achievement so far.

In a social media post, Counting On star Justin Duggar shared a clip of his latest achievement with Claire Spivey. According to Justin, he and Claire bought a new pickup truck. “Enjoyed a quick trip to Houston to pick up a new truck!” Justin said.

Meanwhile, fans are excited about their new truck. Some even think that Justin made a wise decision as he can use the pickup truck for his construction and house flipping career.

At this point, Counting On star Justin Duggar has yet to address the rumors of Claire Spivey’s pregnancy. However, fans think that Claire’s recent photos on social media indicate that she’s not pregnant at all. Some even think that Justin and Claire are focusing more on each other lately. They’ve been traveling a lot and hustling even more to save money, and some think that they’re doing a good job in their marriage.

Counting On: Justin Duggar Avoiding His Family In Arkansas?

It’s been quite some time since Counting On star Justin Duggar paid a visit to his family in Arkansas. It’s unclear if he’s still in touch with most of them. But some think that he’s focusing more on his life with Claire Spivey in Texas. Justin was even spotted with one of Anna Duggar’s kids recently.

According to some, it’s possible that Anna moved to Texas close to her own siblings, and Justin has been looking after them lately. There are also reports stating that Anna’s recent move is for her to get close to Josh Duggar, who got moved to a prison located in Texas.

It’s clear to see that Justin and Claire are going strong with their marriage. Meanwhile, some fans are not losing hope that Claire will finally open up about her future plans with Justin, especially when it comes to starting a family.