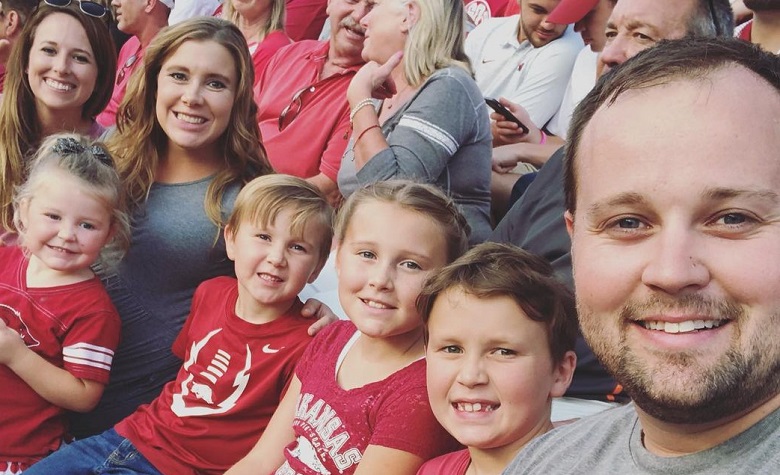 Counting On fans have seen the downfall of the Duggar family since Josh Duggar’s CSAM arrest. They’ve been facing a lot of controversies, especially patriarch Jim Bob Duggar. It also appears that the number of people wanting to expose them keeps increasing. Fans also think that it’s one of the main reasons why most of them have been inactive on social media lately, especially Jim Bob and Michelle Duggar. On the other hand, Josh’s wife, Anna Duggar, previously returned to the online world. Despite not posting a lot, fans believe that she has now read most of the criticism about her and her family. Due to this, fans are starting to wonder how she’s been dealing with all the stress after her husband’s arrest.

Counting On: How Is Anna Duggar Months After Josh Duggar’s Conviction?

Counting On fans took Reddit to speculate what Anna has been up to months after Josh Duggar’s conviction. Apparently, Anna hasn’t posted anything on social media for months. She did update her Twitter bio that she now has seven kids and is still happily married to Josh. However, fans think that she might be suffering deep inside after realizing all the horrible things that Josh did. It also appears that Anna has been more active on Twitter lately compared to Instagram. Apparently, some pointed out that she’s been liking and retweeting some posts, especially when it comes to mental health.

Where Is Anna Duggar Now?

At this point, Counting On’s Anna has yet to share her whereabouts. However, there are reports stating that she’s currently in Texas with some of her kids. Mackynzie Duggar was also spotted with Justin Duggar in Texas recently, fueling the rumors that Anna moved to her siblings who live close by. It’s unclear why Anna is currently in Texas. Yet, some think that it has something to do with Josh being moved to a prison located in Texas.

Counting On fans think that Jim Bob and Michelle Duggar are still supporting Anna Duggar, especially now that she needs a lot of help with her seven kids. It’s also believed that Anna and her kids stayed at the big house during Josh Duggar’s trials. There are also reports stating that Jana Duggar has been looking after some of Anna’s kids. Meanwhile, some believe that Anna is having a hard time dealing with the big family in Arkansas, which is why fans think that she moved to Texas.

It’s still unclear what’s going to be the next chapter for Anna but it seems that she’s trying her best to keep her family safe amid all the negativities surrounding them.