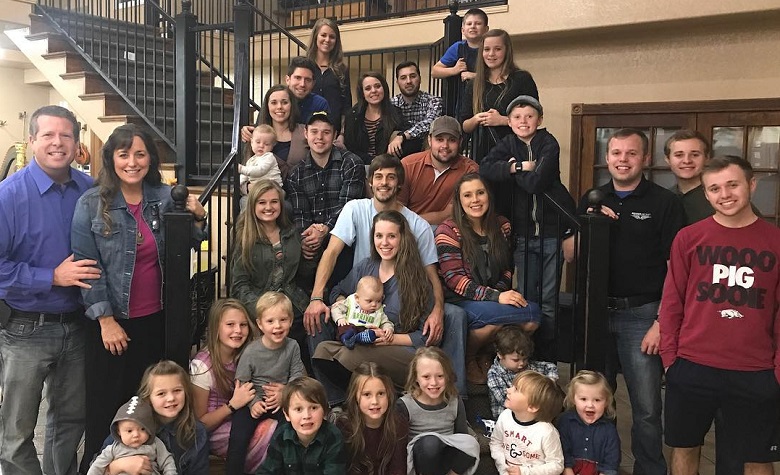 Counting On fans have seen the Duggar family grow throughout the years. Aside from Jim Bob and Michelle Duggar’s kids, fans have also seen the rapid increase of their grandkids in recent years. Some also think that Jim Bob and Michelle need a lot of help with it comes to taking care of their children. Fans also believe that it’s one of the main reasons why Jana Duggar has been looking after her younger siblings. Now, fans are questioning how the Duggar family deals with the continuous increase of family members.

Counting On: How Do The Duggars Deal With Frequent New Family Members?

Counting On fans took to Reddit to discuss how the Duggar family deals with frequent new family members. According to some. they find it difficult to believe that all the Duggars are happy with their new brothers and sisters when their family starts to hit double digits.

“No, I don’t think all the kids were thrilled for each pregnancy,” one person said.

Others agree and said that most of them may have faked their reactions during the past pregnancy announcements.

“Keep sweet… that is their mantra. They have to pretend to be happy no matter what is going on,” another person added.

Counting On fans also think Jim Bob and Michelle Duggar are tired of looking after their kids and grandkids. Due to this, they’ve been giving tasks to their older kids to look after their younger siblings. Some also think that Jana Duggar is one of the biggest victims of Jim Bob and Michelle. It’s also believed that Jana’s life as the caretaker of the family has been lowering her chances of marrying and starting a new life away from the family.

Counting On: Fans Think Jana Duggar’s Job Is Not Done Yet

Aside from looking after her siblings, Counting On fans also think that Jana Duggar’s job is not done yet as she needs to take care of her parents as well. According to some, it’s possible that Jana is going to take care of Jim Bob and Michelle Duggar once they get older.

Jana herself has already made it clear that she’s fine living a single life. However, fans think that she deserves better. There are reports stating that Jana once had a secret relationship with a pilot named Stephen Wissmann. But things have been silent between them since Josh Duggar’s CSAM arrest.

It’s clear to see that Jana is in a difficult stage in her life. Meanwhile, fans are not losing hope that she’ll eventually find the right man and end her job as the caretaker of the family.