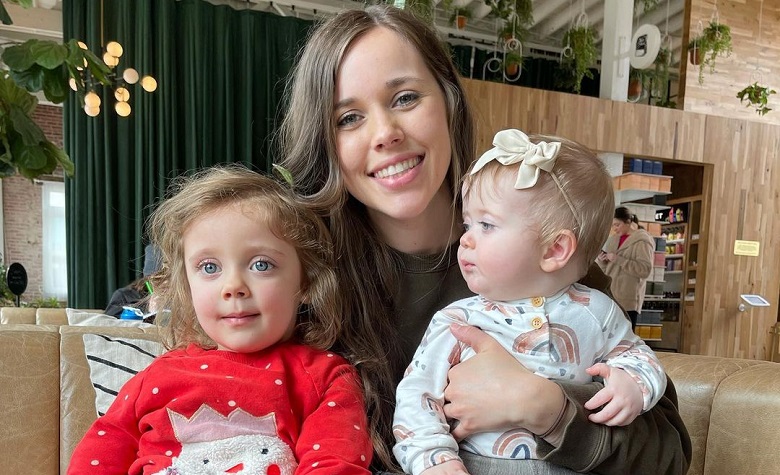 Counting On star Jessa Duggar loves to share updates about her family. Most of the time, Jessa shares adorable clips and pictures with her kids. It also appears that Jessa has been busy with their fixer-upper lately. Apparently, Jessa previously revealed that their fixer-upper is finally finished, and she’s now focusing on the decorations and other appliances. Now, Jessa is back to share another update for the fans. However, this time, Jessa shares a rare glimpse of her daughter, Fern, with her grandfather, Jim Bob Duggar.

In a social media post, Counting On star Jessa Duggar shared a picture of Fern with Jim Bob Duggar. Apparently, the picture took place during what seems to be a family gathering for Jim Bob Duggar and Fern’s birthdays.

“Had a wonderful time yesterday celebrating these birthday buddies! Love them both dearly!” Jessa captioned.

There are not a lot of pictures from Jim Bob’s birthday. Most of his kids were awkwardly silent on social media as well. However, it seems that Jessa’s post hints that the Duggar family celebrated privately.

Counting On star Jessa Duggar also took to social media to share her recent outdoor activity with her family. “The best things in life are free,” Jessa said. According to some, they’re amazed by Jessa’s positivity despite all the recent controversies of the Duggar family. Some also noticed that she’s been trying her best to shut down haters on social media even if the criticisms came from the comment sections of her relatives.

At one point, Jessa shut down a person in Amy Duggar’s social media post asking the whereabouts of Michelle Duggar during Jill Duggar’s baby shower. Jessa also made it clear to everyone that her sister Jill will always have the family’s support.

At this point, Counting On star Jessa Duggar has yet to share what’s next for her and Ben Seewald. It seems that the two are trying to take a quick break after their busy months renovating their fixer-upper. Meanwhile, fans are hoping that Jessa will continue to share updates about her family. Apparently, some are worried that Jessa might step away from social media, similar to what some of her siblings did since Josh Duggar’s CSAM arrest. However, it seems that Jessa loves to show her strong side and is not afraid to go all out against the haters.

It’s clear to see that Josh’s conviction brought so many issues to the family. Fans also think that it will make it harder for them to make a TV comeback.