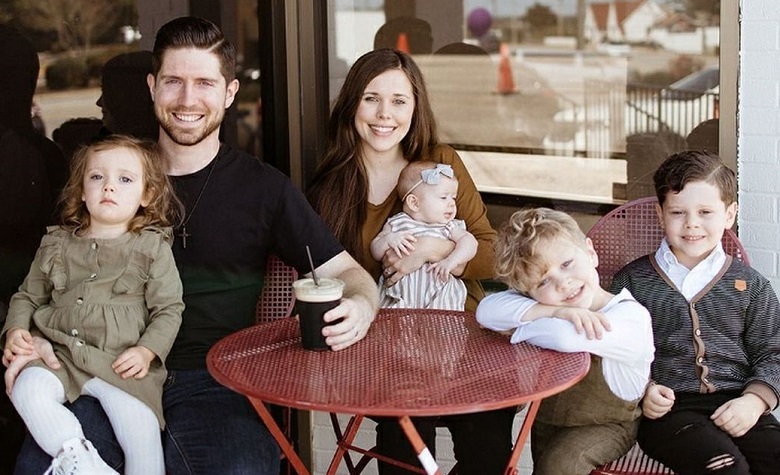 Counting On star Jessa Duggar has been keeping in touch with the fans lately. Most of the time, Jessa shares adorable pictures with her kids. Jessa and her husband, Ben Seewald, have been busy renovating their fixer-upper as well. Jess also took to social media recently to share that they paid a visit to her sister, Jinger Duggar, in Los Angeles. Fans are also praising Jessa for her efforts in keeping in touch with her siblings despite her busy schedule. Now, Jessa is back to share another update for the fans. This time, Jessa shares their family rock climbing day.

In a YouTube post, Counting On star Jessa Duggar shared their family rock climbing day. The video starts off with Jessa recording her family as they start to prepare for rock climbing in Climb Bentonville. Jessa also revealed that the video was taken back in April.

Moments later, Ben Seewald and the kids started climbing different walls. Jessa also made it clear that she won’t be participating in the rock climbing and will just record her family.

Meanwhile, fans took to Jessa’s comment section to praise the kids for their bravery. “Wow, Henry is a natural athlete, just boom, up the wall, no fear and that gave big bro the extra courage to make it to the top, too, even Ivy was having a blast!” one person said.

“I am amazed at how well all of them did. Even Ivy almost made it all the way up! Awesomeness!” another person added.

Aside from their rock climbing day, Counting On star Jessa Duggar and her family also went headlines after their recent trip to Los Angeles to pay a visit to Jinger Duggar.

According to some, it seems that Jessa and her siblings are trying their best to stay in touch and build stronger relationships amid all the controversies in the family.

Counting On: Is The Fixer-Upper Done?

At this point, Counting On star Jessa Duggar has yet to share updates regarding their fixer-upper. However, Jessa already made it clear in her last vlog that the fixer-upper is on its finishing touches. Due to this, fans can expect that Jessa will share the final results of their new house soon. Meanwhile, Jim Bob Duggar and Michelle Duggar continue to remain out of sight during the recent get-together of the Duggar kids.

It’s clear to see that the Duggars are trying their best to stay positive amid all the controversies they’ve been facing lately. Some also think that they’re still aiming for a TV comeback once all the issues have cooled down.