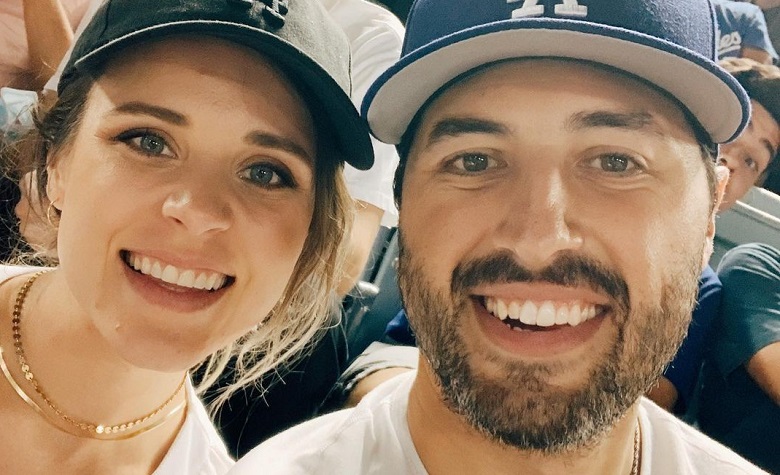 Counting On fans have been keeping their eyes close to the Duggar family over the past few months. Apparently, fans want to see how will the Duggars live their lives after Josh Duggar’s sentence. However, fans find it odd when most of the Duggars suddenly went silent online, especially Jim Bob and Michelle Duggar. Some even think that the two may not return to the online world anymore due to the growing number of critics. But it seems that one of the Duggars is still showing signs that they’re happy in life. It’s none other than Jinger Duggar, who’s been living her best life in Los Angeles with her own family.

Counting On: Why Fans Think Jinger Duggar Is The Least Affected By Josh Duggar’s Arrest

Counting On star Jinger Duggar has been posting wholesome content on social media over the past couple of months. Fans also noticed that she and her husband, Jeremy Vuolo, have been trying to spread positivity amid all the recent controversies of the Duggar family.

Due to this, fans think that Jinger might be the least affected member of the family when it comes to Josh Duggar’s arrest.

Apparently, it’s been a while since anyone from the Duggar family last posted anything positive since Josh’s sentence. Fans also think that some of them may have quit social media due to the controversies that they’ve been facing.

Counting On fans also noticed that Jinger Duggar has been focusing more on physical activities with Jeremy Vuolo. Most of the time, the two share their workout routine. Jinger also loves to share clips of her husband during his futsal games. There are also times when Jinger shares rare glimpses of her daughters during her workout routines. Jinger herself also said that she’s starting to fall in love with playing golf. It’s clear to see how much Jinger and Jeremy love physical activities. Fans also think that sports made their marriage much stronger.

Counting On fans also noticed that Jinger Duggar has been doubling her efforts on hustling online. Apparently, Jinger has been promoting different products on social media. Fans also think that she’s been receiving a lot of partnerships due to her distance from her controversial family.

Aside from promotions, Jinger and Jeremy Vuolo also released a children’s book. It’s known that their previous book, The Hope We Hold, made tons in sales. Due to this, fans are expecting that Jinger and Jeremy will continue to release books in the future.

It’s clear to see how successful Jinger and Jeremy have become throughout the years. Fans also think that they’re the only couple that has a higher chance of making a big TV comeback compared to the other married Duggars.