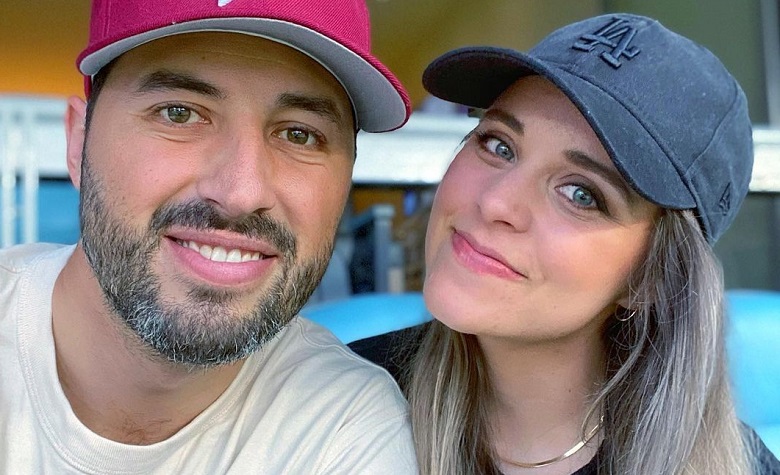 Counting On stars Jinger Duggar and Jeremy Vuolo are known for their hard work when it comes to writing books. Apparently, the two sold tons of copies when they released The Hope We Hold. Since then fans have been asking Jinger and Jeremy to write another book. Some fans are also hoping that the two would return to their podcast. However, it seems that Jinger and Jeremy have been busy with their kids lately. Jinger also went headlines after sharing their trip to Malibu to celebrate Jeremy’s graduation from The Master’s Seminary. Now, Jinger and Jeremy are back to share another update for the fans. This time, the two share a glimpse of their latest book.

In a social media post, Counting On star Jeremy Vuolo shared a picture of their new children’s book, You Can Shine So Bright! “Coming in August,” Jeremy said. Moments later, Jinger reposted it on her own social media page. It seems that the two are focusing on a different genre of books this time.

The Hope We Hold featured the early stages in Jinger and Jeremy’s lives. It also included their struggles and how they overcome all the challenges in their marriage. However, fans are not losing hope that the two will make a follow-up book for The Hope We Hold where they can share a deeper dive into what’s it like to live with the Duggar family.

At this point, Counting On stars Jinger Duggar and Jeremy Vuolo have yet to share if they’re going to write more books in the future. However, it seems that the two are loving it so much, especially when they receive positive feedback about their hard work. Due to this, fans can expect that Jinger and Jeremy will continue to write books.

Meanwhile, fans are also keeping their eyes on some of the Duggars. One of which is Jill Duggar and her husband, Derick Dillard. Apparently, Derick previously revealed that he’s interested in writing a tell-all book against the Duggar family. But it seems that things are getting delayed due to Derick’s career and Jill’s pregnancy.

Counting On star Jinger Duggar also took to social media to share more pictures from Jeremy Vuolo’s graduation. “Jer graduated from @mastersseminary with his MDIV and we couldn’t be more excited. So proud of you, j,” Jinger said. It’s clear to see that Jinger is so happy with her husband’s achievement. Families and friends of Jeremy also took to social media to congratulate him. Meanwhile, fans are hoping that Jeremy will continue to keep in touch with the fans despite the new and bigger chapter in his life.

At this point, Jinger and Jeremy have yet to share what’s next for their family. However, fans are speculating that the two will continue to focus on their daughters as they get bigger.