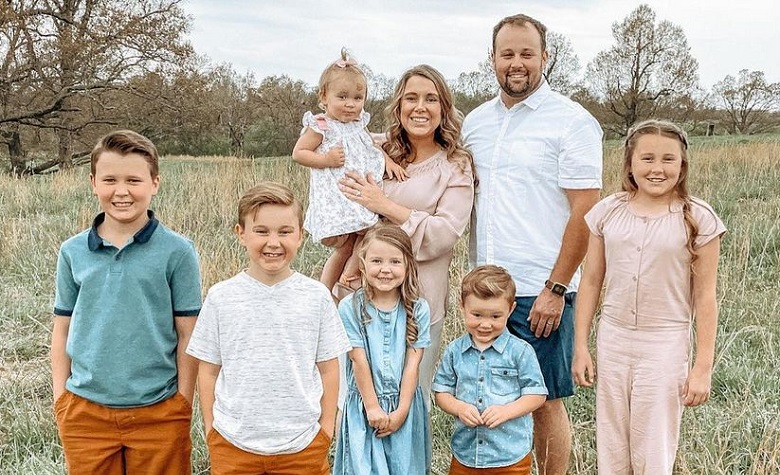 Counting On fans have been calling out Anna Duggar over the past few months. Apparently, many are not happy with her continued support for her husband, Josh Duggar, despite his immoral sins. It also appears that she remained faithful to her husband even after his sentence. However, some think that Anna’s never-ending support for her husband is also a sign of bravery. According to some, it’s clear to see how much criticism Anna has been receiving but she still remained strong and dedicated to helping Josh defend his case. Unfortunately, it seems that she used her strong personality on the wrong person.

Counting On fans took to Reddit to discuss why they think that Anna Duggar is brave. According to some, Anna has been going through a lot since her husband’s arrest while also having 7 little kids. However, she never seems to break down and still shows up whenever she needs to.

“And what did she do to deserve all of this? Nothing,” one person said. “The fact that she holds her head high despite all she’s been through is amazing. She is the bravest person I can think of,” the person added.

Others agree and said that Anna can hate all of the horrible things that Josh did. But it seems that she never lost her grip and still remained faithful to her husband, something that impresses many. However, fans think that it will never erase the fact that Josh has done immoral sins throughout the years and deserves the sentence that he received.

Amy Duggar Has Been Calling Out Anna

Counting On star Amy Duggar has been calling out Anna Duggar since Josh Duggar’s CSAM arrest. Apparently, Amy wants Anna to file a divorce against Josh due to his immoral sins. However, it seems that Anna didn’t listen to Amy. Instead, she remained faithful to Josh. But it didn’t stop Amy from calling out the Duggars. She even expressed her frustration after Michelle Duggar released a letter pleading for leniency for Josh instead of helping the victims of child abuse.

Counting On: What’s Next For Anna Duggar?

At this point, Counting On star Anna Duggar has yet to share updates about herself since Josh Duggar’s sentence. However, there are reports stating that she’s been getting a lot of help from the Duggar family. It’s also believed that Jana Duggar has been tasked to help Anna with her seven kids.

It’s clear to see that things have been falling apart in the Duggar family since Josh’s CSAM arrest. Fans also think that it will make it harder for them to make a big TV comeback.