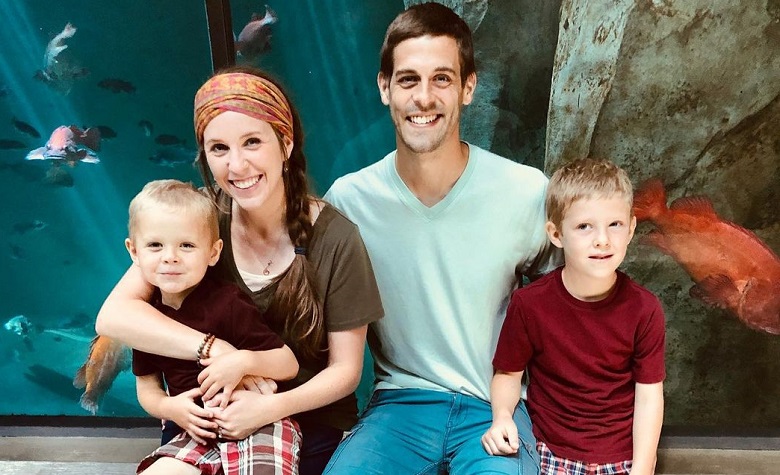 Counting On star Jill Duggar has been keeping in touch with the fans lately. Most of the time, Jill shares adorable updates about her kids. Jill also went headlines after sharing pictures of their new home. At this point, Jill and Derick Dillard’s new home is currently under renovation. However, nearly done with the repainting of the house. Due to this, fans can expect that Jill will be sharing more adorable updates in their new home soon. Now, Jill is back to share another update for the fans. But this time, it’s about Israel’s new swimming school achievement.

In a social media post, Counting On star Jill Duggar shared a picture of Israel’s new swimming school achievement. Apparently, Israel is now moving up from glider 1 to gilder 2, which means that he’s progressing well in his swimming lessons. On the other hand, Jill has yet to share updates about Sam’s swimming school status. However, fans think that Sam requires a lot more patience as he’s younger than Israel.

Counting On star Jill Duggar made a lot of headlines after sharing pictures from their new home. Jill even took the opportunity to share the team that helped her with the repainting of the house. At this point, Jill has yet to share if they’re already living in the new house. However, fans think that it’s almost done and it’s only a matter of time before they moved in. Meanwhile, fans are also getting excited about Jill’s growing family. Many are also waiting for Jill to share the name of her upcoming third son, but some think that she’ll reveal it on the day of her delivery.

Counting On: Will Jill Duggar Speak Up Against Josh Ahead Of His Sentencing?

Counting On fans have been waiting for Jill Duggar to speak up against Josh Duggar as well. Apparently, Josh’s sentencing is just right around the corner. However, Jill continues to remain silent as well as some of her siblings. According to some, it seems that most of the Duggars were asked to remain silent by their parents. Meanwhile, Amy Duggar has been using every opportunity she can get to call out the family and expose Josh.

On the other hand, Michelle Duggar went headlines after releasing a letter pleading for leniency for Josh. But fans think that it won’t do anything due to the strong pieces of evidence against Josh.