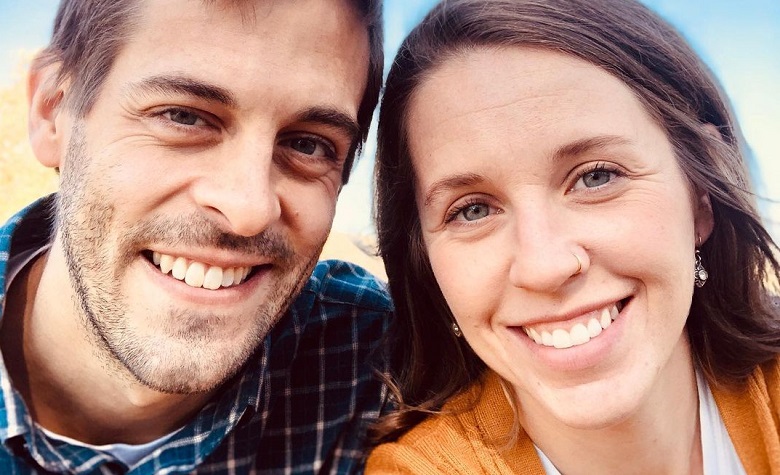 Counting On star Jill Duggar has been sharing wholesome updates about her family lately. Most of the time, Jill shares their outdoor trips. Recently, Jill shared pictures from their trip to Silver Dollar City to celebrate a festival. Fans are also glad that Jill is having a healthy pregnancy. Meanwhile, some fans have been wondering if Jill and Derick Dillard have already moved. Apparently, Jill previously revealed that they’re selling their Arkansas home to move and make adjustments for Derick’s new job. Now, it seems that fans found a clue that may provide an answer to where Jill and Derick are moving.

Counting On fans took to Reddit to discuss the possibility that Jill Duggar and Derick Dillard are moving to a new state. Apparently, fans found out that Derick updated his bar registration address to a courthouse in Oklahoma. Due to this, fans start to speculate that Jill and Derick might be somewhere in Oklahoma. “So does this mean perhaps Jill and Derick are moving to Oklahoma and not another part of Arkansas?” one person said. “He can work at any federal job with any state bar license. If that’s a federal courthouse, sounds like he’s got himself a nice lil federal job,” another person added. At this point, Jill and Derick have yet to confirm if they’re moving to Oklahoma. However, fans are happy about what’s about to come in Jill’s family.

Counting On fans also found clues suggesting Jill Duggar’s interest in Oklahoma. According to some, Jill started liking pages from local places in Oklahoma. Some also speculated that Jill and her family might move to Stilwell. Meanwhile, fans noticed that Jill hasn’t been posting any pictures from their Arkansas home. Due to this, fans start to speculate that Jill and her family have already moved and they’re just keeping it private.

Counting On fans are also speculating if the family’s move will affect Sam and Israel’s swimming school. Apparently, the two have been enjoying their swimming lessons in Arkansas. Fans also think that Israel’s schooling might be affected if they’re going to move to a different state. However, fans think that it’s not going to be a hard task for Jill as she can homeschool her kids for quite some time while making adjustments.

It’s clear to see that Jill and her family are heading towards big changes in their lives. Fans are also showing full support for Jill, especially now that she’s currently pregnant with her third son.

‘Sister Wives’: Fans Discuss How Will Kody Redeem Himself
Upcoming Horror: 5 Scary Movies Releasing May 16-22
‘Sister Wives’: Fans Want TLC To Go All Out On The Brown Family
‘Counting On’: Fans React To Amy’s Strong Message For Anna
’90 Day Fiance’: How Yara Zaya Makes Her Money