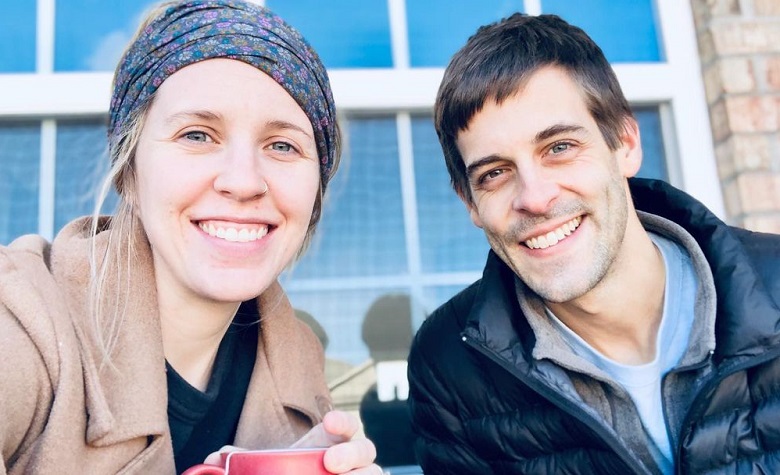 Counting On star Jill Duggar has been making headlines after announcing that they’re moving after selling their Arkansas home. According to Jill, they’re moving to adjust for Derick Dillard’s new job. Fans are also praising Jill and Derick for their hard work amid their growing family. However, Jill has yet to share where are they moving next. Due to this, fans start to speculate if they’re still staying in Arkansas or moving to a new state.

Counting On fans took to Reddit to discuss where Jill Duggar and Derick Dillard are moving. According to some, it’s highly possible that Derick Dillard’s job is in Arkansas. Due to this, they might just end up staying in the state. “Derrick’s family is also in Arkansas, so I doubt they’re going far. Probably just upgrading in size,” one person said.

“They are moving for his new job. I agree they will stay in Arkansas but the distance is too far to the new job so they are moving,” another person added. Meanwhile, Jil has yet to share a glimpse of their new home. However, reports claimed that it’s more spacious compared to their previous home, which is their best option for their growing family.

Fans Think Jill Wants To Stay Away From The Duggars

Counting On fans are also hoping that their move is for Jill Duggar to stay farther from Jim Bob Duggar and Michelle Duggar. It’s known that Jill has been estranged from the family for years. It also appears that her relationship with her parents only got worse after Josh Duggar’s CSAM arrest. According to some, many were upset when Jim Bob reportedly helped his son defend his case. Fans also think that Jill no longer wants to live a Duggar lifestyle, and moving far from them might be a good way to start. It’s known that Jill has been defying some of her family’s traditions throughout the years such as their dress codes and enrolling her kids in a real school.

At this point, Counting On star Jill Duggar has yet to share updates about her pregnancy. However, she’s been sharing pictures of herself lately and it seems that everything is going great. Meanwhile, Jill has yet to share if she and Derick Dillard have already come up with a name for their third son. Fans also think that the two might reveal it upon the arrival of the baby. Fans are also hoping that Jim Bob and Michelle Duggar will acknowledge Jill’s pregnancy and pay her a visit despite their years of estrangement.

It’s clear to see that Jill is living her best life despite her estrangement from her parents. But fans think that it will get better if they’ll reconcile for the sake of the kids.