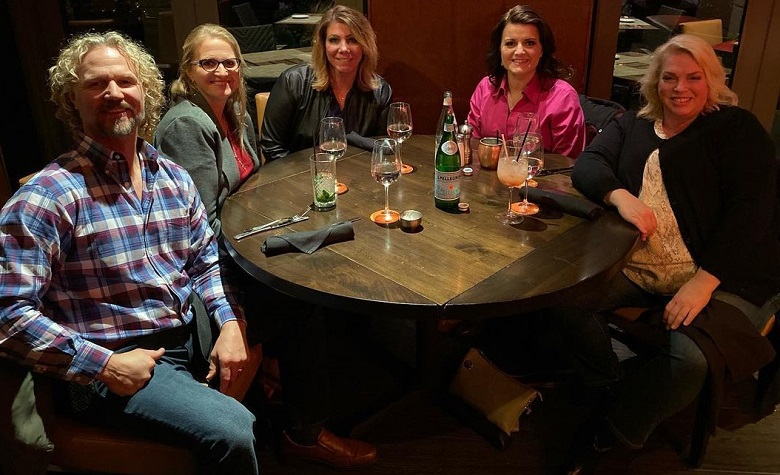 Sister Wives fans have seen the struggles of the plural family throughout the years. Fans also think that things are only getting worse especially during the recent seasons. Apparently, viewers have been pointing fingers at Kody Brown and Robyn Brown. According to some, their unfair relationship has brought so many problems to the family. However, some think that it’s actually good for the show as things are finally starting to get more interesting. But some doubt it and think that the plural family is no longer happy filming.

Sister Wives: Why Fans Are Doubting A New Season

Sister Wives fans took to Reddit to discuss why they’re doubting a new season for the plural family. According to some, it seems that Kody Brown can’t handle any more criticisms. Others agree and pointed out how much Kody avoided difficult questions during their last tell-all episode. “I think Kody cannot stand defending himself or ant criticisms anymore,” another person added. Meanwhile, some think that Christine Brown’s departure is a clear indication that things are falling apart in the plural family, and there might be no storyline to be covered. Fans also think that Kody and some of his wives are no longer talking behind the cameras.

Fans Think A Fifth Wife Will Save The Show

Despite all the doubts, some Sister Wives fans still think that there’s still a possibility for the plural family to make a TV comeback. However, they might need a condition that’s difficult to pull off. According to some, a fifth wife might actually save the show. However, some think that it’s not that easy, especially now that the plural family’s struggles have been exposed to the public in recent years. There are also reports stating that Kody once proposed to a potential fifth wife, but ended up getting rejected due to Robyn Brown’s controlling behavior.

Sister Wives: Fans Want To Focus On The Property

Aside from a fifth wife, Sister Wives fans also think that a good storyline for a possible new season would be Kody Brown’s ambitious housing project. According to some, the show will make get tons of viewers if Kody starts building in Coyote Pass. Apparently, it’s been the main storyline over the recent seasons, and viewers are getting eager to see if Kody can actually pull it off. At this point, there’s still zero progress in Kody’s Coyote Pass land. However, Janelle Brown previously took to social media to share that she’s excited about the future activities in the land, suggesting that Kody is still planning to build.

It’s clear to see that things are not looking so good in the plural family. Fans also think that things will only get better if Kody starts to interact with his other wives more instead of just staying with Robyn every day.

‘Counting On’: Amy Duggar Planning To Write A Letter Against Josh?
‘The Sadness’: Movie Review And Rating
‘Counting On’: Why Didn’t Jim Bob Write A Letter For Josh?
‘Sister Wives’: Janelle Travels To Sedona With Christine & Kids
’90 Day Fiance’: How Yara Zaya Makes Her Money