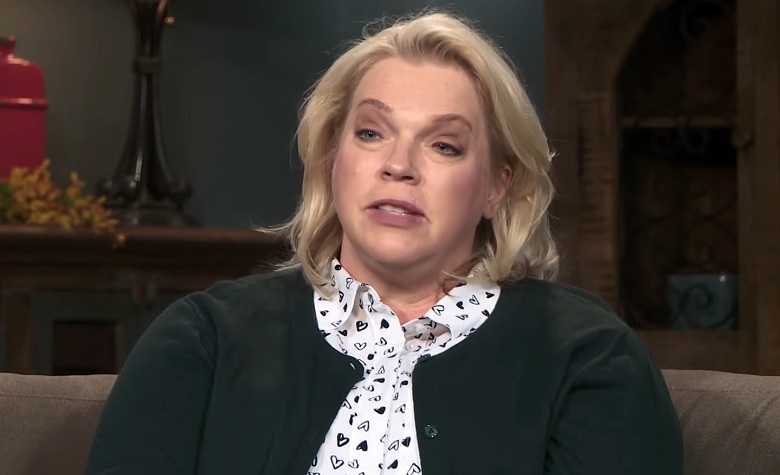 Sister Wives star Janelle Brown recently went headlines after her trip to Portugal with her sister. Fans are also glad that Janelle is having a blast despite Kody Brown’s absence. It also appears that Janelle is focusing more on hustling online. Apparently, Janelle has been promoting her diet drink similar to what Christine Brown is doing. Now, Janelle is back to share another update for the fans. This time, Janelle shares her Portugal haul that took some time before shipping to her home.

In a social media post, Sister Wives star Janelle Brown shared a picture of her haul from Portugal. However, she had to wait for quite some time as she had to ship it back home. “The things I shipped home from my trip to Portugal are starting to arrive,” Janelle said. “I don’t really think I can make Pastéis de Nata even close to what we ate – but you know – maybe I’ll be able to make something edible to let my kids try,” she added. Janelle also revealed that she will have to translate the recipe as it’s written in French. Fortunately, fans were quick to respond and sent Janelle some tips about the recipe as well as how to translate it.

Janelle Continues To Share Adorable Pictures Of Her Dogs

Aside from her new recipe, Sister Wives star Janelle Brown also took to social media to share an adorable picture of her dogs. “Tired pups giving me the side-eye. They are wondering what is taking so long to turn off the light,” Janelle said. Apparently, Janelle has been sharing wholesome updates about her dogs lately. Fans also think that the dogs have been keeping Janelle entertained amid her lonely life due to Kody Brown’s absence. Aside from her dogs, Janelle also shared her recent trip to Sedona where she and Kody used to drive around.

Sister Wives fans are starting to question Kody Brown’s absence towards Janelle Brown as well. According to some, there are a lot of ways where Kody can interact and be in touch with his other wives. However, it seems that he’s not making any effort as nobody has seen him bonding with any of them except for Robyn Brown. Reports also claimed that he’s still living with Robyn every day, and fans think that it played a huge role in their never-ending struggles.

It’s clear to see that things are still falling apart in the plural family. However, fans are not losing hope that Kody will finally do something to keep in touch with his other wives.

‘Sister Wives’: Would Christine Stay If Robyn Was Never In The Family?
‘The Sadness’: Movie Review And Rating
‘Counting On’: Jill Duggar Shares How She Celebrated Her Birthday
‘Sister Wives’: Meri Wants To Keep On Trying Amid Struggles With Kody
’90 Day Fiance’: How Yara Zaya Makes Her Money